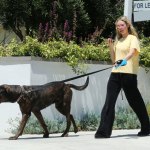 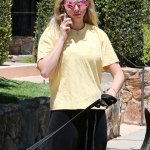 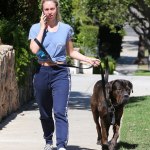 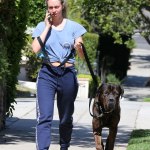 What happened to Corinne Olympios on June 4 during ‘Bachelor in Paradise’ filming? She doesn’t remember much — but she reportedly had some injuries afterward.

Corinne Olympios, 24, reportedly blacked out on the first night of filming Bachelor in Paradise so she doesn’t recall the incident with DeMario Jackson that put a stop to season four. However, a source close to Corinne told E! News that the last thing she remembers is drinking two cups of champagne in the limo on the way, a dirty martini and a shot or two of of tequila. She allegedly also didn’t eat a big breakfast.

The source also added that some female cast members told Corinne the next day what happened and that she was so drunk she couldn’t walk. She reportedly also fell, busted her knee open, and her legs were “full of bruises.” As we previously told you, she also allegedly face planted getting out the jacuzzi. The entire situation has now turned into a he-said/she-said battle, and both Corinne and DeMario have lawyered up. It has not been determined what actually happened in the pool that made a producer so “uncomfortable” after seeing the footage that they reported it. Many cast members have spoken out, including Jasmine Goode who was in paradise when the event happened.

“Everyone saw them kissing and having fun together,” Jasmine said in a statement to PEOPLE. “It was known the next day, just two people who hooked up, nothing out of the ordinary. There was other hookups between other cast members like any other season of Paradise, but for some reason this one is being brought to light. Doesn’t make sense.” However, sources on both sides are claiming different things — DeMario’s friends have said that it was Corinne who was the “aggressor,” while others claim Corinne was too drunk to consent to any hook ups.

HollywoodLife.com will keep you updated as the story continues.