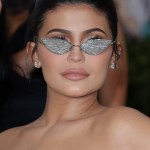 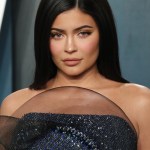 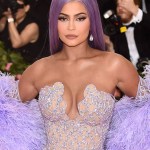 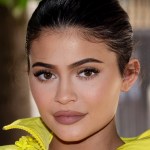 Two can play at the cosmetics game! While Kylie Jenner is impressed that Kim Kardashian is starting her own makeup line, HollywoodLife.com has learned EXCLUSIVELY that she wishes her sister would stay in her own lane. We’ve got the details!

Does Kim Kardashian really need to be the queen of everything? The reality star is taking a page from her little sister Kylie Jenner, 19, and starting her own beauty products collection. “Kylie is proud, she feels like she inspired Kim to get into the make-up game. She never imagined there’d be a day when Kim would be following in her footsteps, it just shows how much things have changed,” a source close to Kylie tells HollywoodLife.com EXCLUSIVELY. Kim has been teasing her line called KKW Beauty via her Instagram, with the date 06-21-17 flashing in the nude blush color that she used in her collaboration with Kylie’s lip kit line, hinting that is the launch date.

“But there’s still competition between them, Kylie does worry that her big sister will come in and takeover. She likes that Kim is copying her but wants her to stay in her own lane,” our insider adds. We can see why Kylizzle would be a little miffed by her sister’s decision. Kim and sisters Khloe, 32, and Kourtney, 38, dabbled in a make-up collection some years back, but it got tied up in a lawsuit and they eventually lost interest. Kylie then carved out a lip-kit empire that has made her fabulously rich and successful. We can see why Kim’s now revisiting a potentially lucrative new venture to her career.

Hopefully there are enough fans of both sisters to keep Kylie’s line super successful while Kim tries to grow hers. But if you only had enough money to buy one product, which sister would you choose to purchase from? We’ll have to wait and see what Mrs. Kanye West has in store for us, because we hope she wouldn’t lift from her sister’s brand to start her own cosmetics empire.

HollywoodLifers, do you think Kim’s new beauty line will end up stealing away customers from Kylie?