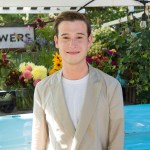 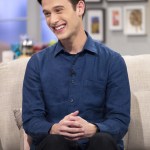 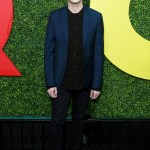 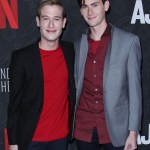 Oh no! Khloe Kardashian got quite a shock when she appeared on Tyler Henry’s ‘Hollywood Medium’ on June 14. The clairvoyant basically told her that her loving relationship with NBA baller Tristan Thompson was heading for heartbreak!

Whoa! Tyler Henry, 21, stopped in Calabasas to use his clairvoyant skills on Khloe Kardashian, 32, on the June 14 episode of Hollywood Medium, and she may not have gotten the answers she was hoping for. While Kylie Jenner, 19, watched from the other room, Tyler told Khloe that she needs to avoid a person that will come into her life that has an unusual “M” name. “I don’t care for [them],” said Tyler. “This person is going to be romantically interested. Just say no, that’s a big red X.” Uh oh!

While we were trying to figure out who “M” could be (French Montana?), Khloe was fixated on something else he said. “You keep saying my NEXT boyfriend, do you not see anything about my current boyfriend?” she asked. Khloe is head over heels for baller Tristan Thompson, even to the point where they’re talking kids. However, Tyler didn’t seem too optimistic. He struggled with what to say, admitting “I really feel like love life is not in an area that’s in its peak [right now]. Career life is at its peak. Two people’s schedules would not be ideal for a relationship.” Khloe didn’t seem happy with the answer, so Tyler clarified. “I see a lot of travel to an excessive extent. So long as we can make sure distance is not an issue, perfect. I’m not seeing anything that I’m immediately concerned about.” Hmmm…

Tyler also scared Khloe by telling her that she would have three issues with cancer. “I’m seeing skin, I’m seeing a reference to what looks like melanoma,” he reads. “I need you to keep that in mind, this is huge.” “I’ve had melanoma on my back but never on my leg, so where else?” she asked. “One on a more private area,” he said, awkwardly. “I think it’s my breast because I’ve had a biopsy,” she revealed.

Of course, he also had to talk about her dad, Robert Kardashian Sr.. She brought along his stuffed monkey, Jacko, for Tyler to read. “There’s a feeling that comes through that he would have timed his passing. That he was holding on and he was waiting, and that would have been done with purpose and intention,” Tyler tells Khloe. “That was his way of having closure, please know that.” He also revealed that Robert “has a feeling of complete pride because he sees himself in you, your ability to navigate and toggle all those things,” he said, of her taking on responsibilities for her family. So sweet!

Kylie was only supposed to watch, but she got a little reading, too. “This situation where someone tries to get with one sister and then tries to get with the other, does that make any sense?” he asked sheepishly. “Actually kind of,” said Kylie, while Khloe and Tyler admitted they “aren’t a fan of that person” WHO IS IT?!

HollywoodLifers, do you think Tyler’s observations about Khloe and Kylie are true? Do you believe he’s a true clairvoyant?