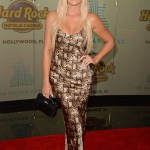 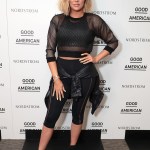 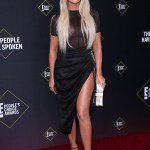 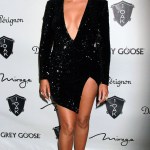 Celebs look amazing because most of them workout for hours each day, and follow a strict diet. But you can look fit and toned in just 15 minutes a day, PLUS enjoy wine! Get an easy summer workout from Gunnar Peterson below!

Gunnar Peterson is a super famous celebrity trainer, known for whipping Khloe Kardashian into amazing shape. I actually worked out with him last week and dare I say, it was fun? He told me that so many people feel stuck, but to get fit, you just have to start somewhere. “Some people are already in a rut for summer. They came out of the gate early and then they plateaued. Plateau, rut, whatever you want to call it. They need something to break free.” He added, “maybe you started something in January, died off in February and now, you’re like, summer is here, I gotta get going.” Together, we did five moves to shape up for the summer. This circuit can be done by anyone (I did it, and I’m not in peak condition, by any means) and it can be done in 15 MINUTES!

Gunnar says it doesn’t take much to make a BIG difference. “Do something every day. It doesn’t have to be fire and brimstone every day. You don’t need to set personal records but lock yourself away, for 30 minutes, 60 minutes, 90 minutes, whatever you have and get after it. Plan your workout the same way you plan your wardrobe and say, I’m going to do this. Don’t leave until it’s done and put your phone down during that time.” Gunnar led me in the following workout, and after 15 minutes, I was sweating and my heart rate was high. “What did we do here? 15 minutes? 12 minutes? You stimulated lean tissue because we did weights, which a lot of people shy away from. You could have done that 3 times through in 15 minutes and that would have been terrific.”

Here’s what we did at the workout:

Do each move for one minute, then repeat the circuit two more times. Watch videos of Gunnar showing you how to do these moves here. Each move had some sort of weight involved — do not be afraid! I told Gunnar that many women only “lift” weighs under 5 pounds so they don’t “bulk up.” He told me, “that won’t do anything. Your purse weighs more than that, your toddler weighs more than that, your carry on weights more than that. You’re not going to build. Your body doesn’t produce enough testosterone and if you’re not eating above and beyond, no, [it won’t happen]. I challenge you to build. The kettlebell you were using was about 22, 23 pounds, and you were doing 15 solid, clean swings — they were beautiful. Then you can have rosé!”

THAT got my attention since like, who doesn’t love wine? “You shouldn’t feel bad, you need balance in life. I have chocolate. I have a glass of wine with my wife. You need balance, otherwise, you start to resent life and that’s very ugly.”