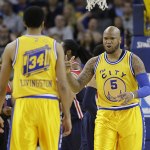 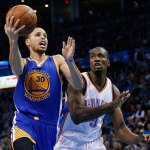 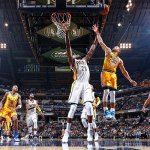 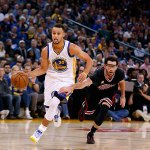 It’s the NBA finals we all expected with the league’s best teams squaring off. While the Cleveland Cavaliers have looked great in the playoffs, I say the Golden State Warriors have everything it takes to bring home the 2017 championship. Here’s why they will come out on top!

For the third straight year the Golden State Warriors and Cleveland Cavaliers are squaring off in the NBA finals. For the past 47 days I’ve watched both teams dispatch opponents with Steph Curry, 28, and his crew sweeping the Western Conference and becoming the first team in NBA history to go 12-0 in the playoffs. While LeBron James, 32, and the Cavs went 12-1 on their journey to the championship, their embarrassing home loss to the Boston Celtics where Bron only scored 11 points shows they’re not made of teflon. To be sure, this will be a back and forth series, but the Warriors have all the weapons to take home the 2017 title with the depth of their bench, their consistency of play, and their cohesion as a team. I say they get this done in five games. BOOM!

As if they weren’t good enough with three-point king and two-time league MVP Steph, they’ve got Klay Thompson, 27, Draymond Green, 27, and added former OKC Thunder star Kevin Durant, 28, in the off-season so he can finally earn his first championship ring. I mean COME ON, he left his longtime team for one reason, he wants an NBA title and is going to get it when the Warriors top the Cavs. Golden State made the totally smart move to bench Andre Iguodala, 33, during their Western Conference Finals against the San Antonio Spurs so he could be rested and ready to guard LeBron when their inevitable meeting happened. And now he’s good to go!

Andre did such an incredible job of holding back King James in their 2015 series that he ended up a finalist for league MVP and still managed to average 16 points per game! Klay will be the primary defender against Cavs star Kyrie Irving, 25, so if he and Andre can stop Cleveland’s top scorers, the series belongs to the Warriors. They had the best season of any team in 2016-17 and never had any rough patches or stumbles the way Cleveland imploded in March. While the Cavaliers turned into a new team just in time for the playoffs, I’ve watched as the Warriors proved to be Championship caliber team since the season began all the way through their brilliant playoff run, and this is THEIR year. Bank on that!

And one more thing….the Warriors have DANCE MOM!!!!

HollywoodLifers, do you think the Warriors will win the NBA Championship like I do?