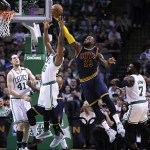 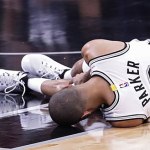 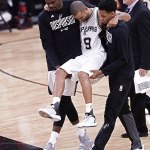 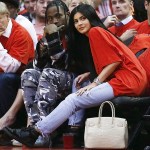 James Harden and DeAndre Jordan got SLAMMED by hilarious mean tweets in the NBA edition of ‘Jimmy Kimmel Live: Game Night’ that will have you in stitches! You’ll positively loose it over Shaq’s reaction to his tweet!

James Harden, DeAndre Jordan, and Shaquille O’Neal faced the music in a beyond funny round of “Mean Tweets” on Jimmy Kimmel Live: Game Night. The NBA stars proved they were game and read out some of the less than kind things people had written about them on Twitter. James, 27, showed almost zero reaction after he read, “James Harden always looks like he’s about to lead the Israelites through the Red Sea.” Yikes!

DeAndre, 28, just couldn’t keep it together at all when he read his. “I bet DeAndre Jordan is so bad at free throws because his eyes are so close together,” the post read. Whoa that was harsh, but he took it well and laughed it off. “These people are mean,” he added in between giggles. Shaq, 45, was such a legend he didn’t even read his own tweet, but had an adorable little girl on hip lap do it for him.

“Shaq is not Shaquille O’Neal anymore lol he’s old and fat… if he lost weight he’d be better but I can’t say much I’m addicted to eating too,” the tweet said. The NBA icon had a really good sense of humor about it and just looked straight into the camera and just said, “fat boys got to stick together.” LOL! Jimmy Kimmel, 49, rounded up some truly brutal tweets, but we’ve never been able to get enough of the “Mean Tweets.” You can check out the rest of the clip on the June 1st episode of Jimmy’s Game Night at 8pmET and after Game 1 of the NBA Finals Cleveland Cavaliers vs. Golden State Warriors on the West Coast on ABC.

HollywoodLifers, what mean tweet had you laughing the most? Tell us your thoughts in the comments below!