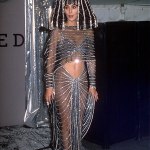 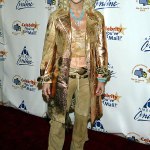 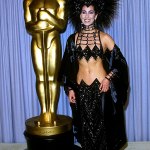 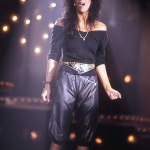 Cher is 71 years old and at the Billboard Music Awards on May 21, she revealed her superhero power: a 5-minute plank. If you’ve ever done a plank, you know this is quite a feat. See what a celeb trainer has to say about the calorie-torching exercise below!

Celeb trainer Reggie Chambers has worked with stars like Christina Ricci, Tamara Tunie from Law & Order SVU, and Edi Gathegi, just to name a few. After music legend Cher said she can do a super long plank at the Billboard Awards (while showing off her amazing body on stage at the show) we asked him to explain the exercise that keeps Cher in shape. According to Reggie, “Planks are when you are in a push-up position or elevated by forearms and toes. You stay in that position for a period of time (without sagging or elevating your hips). The static exercise requires no equipment and can be performed just about anywhere!” It’s free and portable! I start to shake after about 1 minute in a plank, so kudos to Cher.

Reggie continued: “It’s predominately a core workout — it works all of the abdominal region but can also tone the shoulders, arms, and glutes. It improves posture and balance. You can make the planks harder by taking one foot off the floor, elevate your feet on a bench or suspend feet [with something like a TRX]. You can also vary the move by using your forearms on the floor instead of your hands or try doing side planks — those amazing to do for obliques. Try holding the plank for 20 seconds and increasing if you think you can hold for longer.” Work your way up, and soon, you’ll have a body like Cher!

HollywoodLifers, can you do a Cher plank?