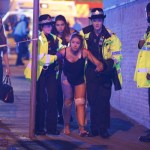 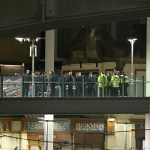 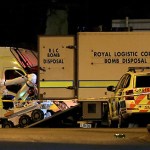 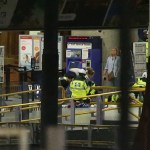 Police have arrested a 23-year-old man in connection to the tragic bombing at Ariana Grande’s concert in Manchester on May 22. Shortly after, ISIS claimed responsibility for the attack.

UPDATE: Police arrested three more men they believe to be in connection with the attack on May 24.

“With regards to the ongoing investigation into last night’s horrific attack at the Manchester arena, we can confirm we have a arrested a 23-year-old man in South Manchester,” police confirmed in a statement on May 23. The horrific attack outside Ariana Grande’s concert at Manchester Arena on May 22 was suspected to have been carried out by a suicide bomber who died during the attack. ISIS also confirmed on May 23 that one of its members was responsible for the bombing. The suspect has been identified by police as Salman Abedi, 22.

22 innocent people were left dead after the bombing outside Ari’s concert, with 64 more injured. It has been confirmed that children are among those who died, and the attack is currently being treated as a terrorist situation. Ariana had just finished performing and walked off stage when concertgoers heard a loud ‘bang.’ Chaos immediately erupted as those inside began panicking and fleeing from the venue, only to come face to face with even more hysteria outside. Hours after the bomb went off, parents are still looking for their missing children, and the whole situation is absolutely devastating.

Ariana’s rep confirmed that she is “O.K.” after this deadly attack, however, she is understandably completely shaken up. “Broken,” she tweeted afterward. “From the bottom of my heart, I am so so sorry. I don’t have words.” Ariana has cancelled the remaining European dates of her World Tour, and is reportedly “inconsolable” in the aftermath of this tragedy. Celebrities, including Taylor Swift, Miley Cyrus and more from all over the world, have sent their condolences to Ari, but we can only imagine how incredibly devastating this must be for her.

HollywoodLifers, leave your thoughts for the victims of this tragic attack in the comments section below.