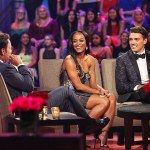 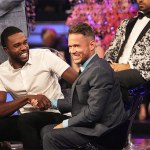 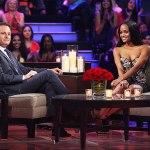 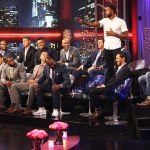 Every season there’s one guy or girl who says something wrong — this season, it’s happened before airing has even begun. Bryce Powers, a firefighter competing for Rachel Lindsay’s heart on ‘The Bachelorette’ is getting a ton of criticism online for one of his answers during ABC’s Q&A.

Bryce Powers may not be able to put out this fire.  When ABC posted their Q&As with all of this season’s Bachelorette contestants, his answer to “What’s your biggest date fear?” caught everyone’s eyes. “The chick is actually a dude,” the 30-year-old said, causing many to find the comment offensive and unacceptable. Now, that question and answer has been removed, and ABC has released the following statement: “This comment does not reflect the views of ABC, Warner Horizon or bachelorette Rachel Lindsay. We have removed it from ABC.com.”

However, people had already seen the comment on Twitter. “Bryce from the Bachelorette’s biggest fear is trans women who are attempting to conceal their birth sex. I see why yer single, douche bag,” RuPaul’s Drag Race winner Sharon Needles tweeted. And she was only one of the responses he got. Bec Shaw tweeted “well ‘Bryce’ from The Bachelorette, my biggest fear is that my weird-headed Elven date turns out to be a transphobe,” and Jen Richards added, “Dear Bryce, on behalf of trans women I can assure you: none of us want to date your bland preppy 1980’s teen movie villain rhombus ass. xo.”

We know that Rachel, 32, did find love and is now engaged, so could it be with Bryce? It’s too soon to know. All we do know is she’s crazy about the new man. “I love that he really really loves me. I came here to find someone who wants what I want but who also wants it with me. I haven’t had that before,” she revealed to HollywoodLife.com exclusively ahead of The Bachelorette premiere. “And thats what I have with him, and it’s great. He is truly someone who is my best friend.”

HollywoodLifers, do you think Bryce’s answer was offensive?