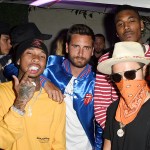 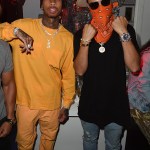 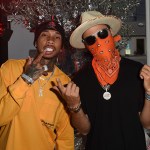 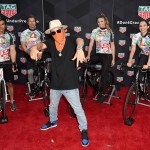 Tyga has been struggling since his split from Kylie Jenner, but he’s heartbreakingly decided stop waiting for her to come back to him, HollywoodLife has EXCLUSIVELY learned! Do you think he’s got a chance?

Tyga, 27, has reportedly decided to stop aiming to get back with Kylie Jenner, 19. “Tyga’s pretty much given up on any hopes of reuniting with Kylie,” a Kardashian insider told HollywoodLife.com EXCLUSIVELY. He reportedly had thought Kylie and Travis Scott, 24, were nothing more than a fling, but he can’t stand to wait for her anymore. “Now it seems there really is something between them,” the source explained, “and Tyga’s finally accepting it.”

The rapper reportedly thought that if he could get Kylie to see him out and about, she’d come back to him. “All his attempts to make Kylie jealous have fallen flat and she’s not bitten at all,” the insider told us. “Tyga’s pretty much kicking himself for messing up and for not keeping Kylie, she’s definitely going to be the ‘one that got away’ for him.'” That’s so incredibly sad and Tyga has got to be terribly heartbroken.

Kylie and Travis have definitely been heating up. He even took her to meet his parents when they hung out in his hometown Houston on May 11. That’s such a huge step in their relationship! It reportedly went over super well because Travis’s family thought Kylie was amazing! “Travis’ family loved Kylie, they think she’s a total sweetheart. They love that she is so successful in her own right, it makes them confident that she’s with Travis for all the right reasons, and that she’s not using him for fame or fortune,” a source previously told HollywoodLife.com.

HollywoodLifers, do you think Tyga and Kylie will ever get back together? Tell us your thoughts in the comments below!