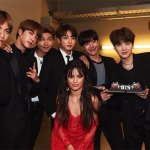 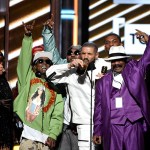 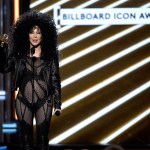 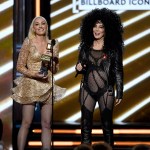 There he is – Miley Cyrus’s No. 1 fan, Liam Hemsworth! Liam joined Miley following her amazingly emotional performance of ‘Malibu’ at the Billboard Music Awards and he looked completely amazed by the love of his life!

Out of all the fans who gathered in the T-Mobile Arena in Las Vegas to watch Miley Cyrus, 24, take the stage, there was only one that she was singing directly to: the love of her life, Liam Hemsworth, 27. Now, while the cameras didn’t capture Liam dancing in the audience or singing along to Miley’s new hit, “Malibu,” he wouldn’t miss this performance for the world! The Hunger Games star rejoined Miley backstage, looking completely amazed at what he witnessed. CLICK HERE TO SEE THE PIC.

Miley’s performance might just be the best of the 2017 BBMAs. As she sang the song, being reminded about how she reconnected with Liam, it brought her to tears! Everyone in the audience had the feels — especially because the song is so good! “Malibu” has been called a “return to the roots.” The sun-kissed pop track, with guitars almost taken from Best Coast and a pounding dance beat, it’s unlike anything she’s every released before, according to Billboard. This is a far departure from her Wayne Coyne–Flaming Lips-glitter-covered confusion party that was Miley Cyrus & Her Dead Petz, and the new song shows Miley’s grown as a songwriter.

What could have possibly inspired this new change in direction? Why, her fiancé, of course. The song is Miley’s attempt to “put the power back in my relationship and say ‘This is how I feel.’” Well, with lyrics like “Sometimes I feel like I’m drowning / and you’re there to save me / and I want thank you with all of my heart,” it’s obvious that Miley feels like she’s on cloud nine with Liam. She even paid tribute to him with the single’s cover art, flashing her engagement ring while relaxing in a beautiful field of flowers.


Nicki Minaj Reacts To Drake Flirting With... by Hollywoodlife

It seems Miley has changed in more ways than just musically. “I needed to change so much,” she told Billboard, addressing her and Liam’s 2013 breakup. During that time, she was in full-on Bangerz mode, including twerking on Robin Thicke, 40, and waggling her tongue at every moment. It was her “rebellious, punk-rock thing.” Ultimately, she was changing while Liam was not, and the relationship was too hard to keep going. “We had to refall for each other,” she said and clearly – if just by watching Liam at the 2017 BBMAs – they have!

Are you happy that Liam and Miley are back together, HollywoodLifers? What do you think about her new song?