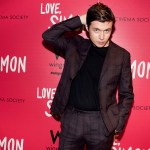 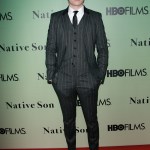 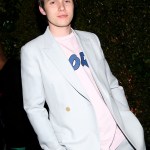 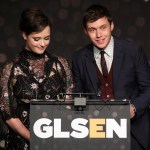 Hey now, who’s THAT hottie? Here’s ‘Everything, Everything’ you need to know about Nick Robinson, the latest object of your fangirl affections.

Yes, you’re correct — this is not the first time you’re seeing Nick Robinson, 22, and it definitely won’t be the last. You most likely remember that handsome face from Nick’s role in Jurassic World where he played Zach, the nephew to Bryce Dallas Howard‘s Claire. He was also Ben Parish in The Fifth Wave alongside Chloe Moretz, and starred as Joe in the 2013 indie, The Kings of Summer. If none of that seems familiar then there’s a good chance you know him from Melissa & Joey where he starred as Ryder Scanlon for four seasons.

Okay so he may not be a venti iced mocha latte with an extra shot, but we’ve got to admit that Seattle, Washington broke the mold while making Nick. Nicholas John Robinson was born on March 22, 1995 in the rainy city. He is the oldest of five siblings, with the exception of two older half-siblings from his dad’s previous marriage. Nick graduated from high school in 2013 and later attended college, even while becoming a big movie star in Jurassic World.

Unfortunately, it’s still unconfirmed whether or not Nick will be returning for Jurassic World 2. “I have not heard anything so we’ll see what happens. Fingers crossed,” Nick told HollywoodLife.com EXCLUSIVELY in Oct. 2016. Although he didn’t know whether or not he would be back just yet, he did share that he was down to have his character, Zach, get his hands dirty. “The vehicles they have are crazy in this world. So, I’m game, I’m up for whatever, I’d take a spin on the motorcycle,” he told us.

4.) Nick Says He Shares Some Similarities With His ‘Everything, Everything’ Character

“I have a lot of similarities with Olly as well,” Nick told Pop Sugar in a recent interview about the film. “I don’t think I’m as romantic as he is, not quite, but he is a very curious person and someone who is always on the lookout for something to change his perception of things, and we share some of that curiosity.”

5.) Nicks Favorite Scene In ‘Everything, Everything’?

“I do like the scene where Olly and Maddy meet for the first time,” Nick told HollywoodLife.com in an EXCLUSIVE interview on April 30. “In the film, I think we do a good job of capturing the awkwardness of an online relationship and how it’s strange to meet in person regardless of the disease and all these other factors. It’s just a very sweet story.”

Tell us, HollywoodLifers — Are YOU a fan of Nick Robinson? Comment below, let us know!