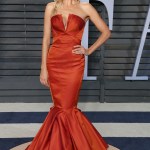 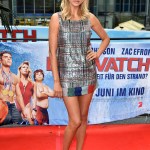 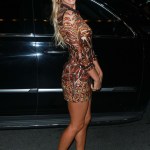 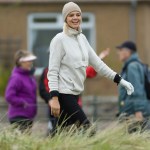 New couple alert! Kelly Rohrbach officially has a new man in her life — and it’s NOT Aaron Rodgers, like previous rumors suggested. The ‘Baywatch’ babe has landed herself the heir to the Walmart throne, Steuart Walton, and, here’s the kicker, they’ve reportedly been dating for months now!

Kelly Rohrbach, 27, is off the market! The actress and Walmart heir/billionaire Steuart Walton, 36, are dating, according to E! News, and while an unexpected couple, they certainly look cute together! The two have reportedly been an item for “four or five months” already, and the businessman has even been giving her “flying lessons on his personal plane,” according to the publication. Kelly and Steuart were first photographed together back in November during a hike in Los Angeles, and in the pics they def look lovey-dovey! Smiling and holding hands, the two seem to be totally head-over-heels for each other. CLICK HERE TO SEE KELLY AND STEUART TOGETHER.


The Rock & Zac Efron Kiss Underwater In NSFW... by Hollywoodlife

Steuart isn’t the only high-profile man Kelly has dated. In fact, she was most famously connected to Leonardo DiCaprio, 42, whom she dated for several months in 2015. You may recall that in June of that year, the Oscar-winning actor and Kelly first sparked romance rumors after they were seen flaunting some PDA at a CFDA Fashion Awards after-party. Just weeks later, they confirmed the dating rumors by kissing out in NYC while riding on CitiBikes.

Already, her relationship with Steuart seems much more low-key though, which we think is probably for the best. After all, Kelly and Leo split up seven months later, just before Leo’s big awards season in January 2016. Aside from spending time with her new beau, Kelly has been busy promoting her new film Baywatch, which will hit theaters on May 25. Kelly takes on Pamela Anderson‘s role in the film, and it’s actually been a dream gig of hers since she was a little girl.

“It was mine and my sisters’ show,” the blonde bombshell told Harper’s Bazaar after landing the role last year. “We were all pretty young, I was like 10 years old, and we’d wait for our parents to go out on Saturday nights because they thought it was too risqué. So as soon as they were gone, we’d be in front of the TV, just sucking our thumbs with our blankies, watching babes like Pam Anderson run down the beach.”

Tell us, HollywoodLifers — are you surprised Kelly and Steuart are dating? Do you think they’re super cute together or an unlikely couple?