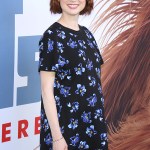 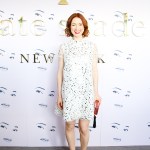 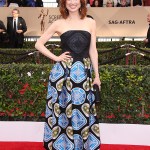 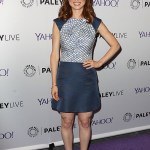 WHAT a cutie! Ellie Kemper gave birth to her and her husband Michael Koman’s 1st child in 2016, and the proud new parents finally gave fans a sneak peek of their little boy on May 19! Sharing a super adorable pic, Ellie couldn’t help gushing over the infant — See his sweet face here!

Ellie Kemper, 37, and her husband Michael Koman, welcomed a beautiful baby boy into the world back in the summer of 2016, and the two have FINALLY introduced their son to the world, almost a year later on May 19! The cutie, whose name is James Miller Koman, is seriously one cute baby! We can’t believe it took this long for Ellie and Michael to show him off! Ellie visited The Today Show, and started her interview off with a look at her precious lil boy. James is smiling big in the cute pic, rocking a tiny baseball uniform with the words “mommy’s all-star” on it. We’re melting into a puddle!

Lucky for Ellie, she experienced a relatively easy pregnancy, telling Glamour magazine back in June 2016, “Nothing severe, so I’ve been very lucky!” But even more impressive, the Unbreakable Kimmy Schmidt star and her husband showed SO much willpower as they decided to wait until their baby’s birth to find out the sex, which is pretty rare in today’s day in age.

“In my mom’s generation, you couldn’t really know, and I just feel like there aren’t many surprises anymore,” Ellie explained to the publication. “We have control over so many things in life, so I was like, ‘Nope, let’s wait and see!’ I have a hunch, but obviously it’s one or the other! I’m very excited.” Aw! And now her little one has finally arrived — and he is QUITE the little cutie pie!

But of course the comedian also had something funny to add during her June interview, adding that while she had been able to keep up her workout routine during her pregnancy, it made for a unique situation for the mom-to-be. “I’ve been playing some Bach for the baby, which I read is what you’re supposed to do, but then at my workout classes, they play such dumb pop songs — like club songs!” she said. “My baby is going to come out expecting to hear ‘I’m Too Sexy’ perhaps? [It’s] like, no, baby, be smarter than that! I need to counteract it with Bach!”

Pretty hilarious, right? We are so excited for Ellie and Michael and wish them and their gorgeous new baby all the happiness in the world!

Tell us, HollywoodLifers — how cute is Ellie’s little one? Do you hope she shares more pics of the newborn soon?