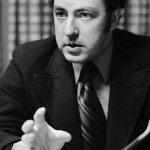 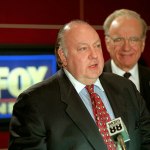 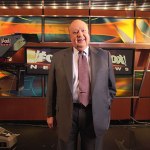 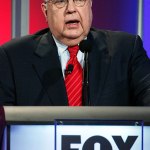 Eight days before his death, Roger Ailes suffered a serious fall and hit his head at his Florida home, according to a new report. The fall reportedly left Roger unconscious, and he eventually succumbed to his injuries, along with other reported health problems.

Roger Ailes, 77, died on May 18, but he was in bad shape in the week leading up to his death. The former Fox News CEO fell at home in Florida on May 10, according to TMZ. When he fell, the 77-year-old reportedly hit his head and was unconscious, with his condition worsening as the days went on. It was later revealed that Roger died of bleeding on the brain, also known as a subdural hematoma, caused by the fall. His death has been ruled accidental, according to The Palm Beach County Medical Examiner’s Office. In addition to his scary injury, Roger was also reportedly suffering from “numerous and serious health problems,” and this contributed to his death.

His wife, Elizabeth Ailes confirmed Roger’s death in a heartbreaking statement on the morning of May 18, in which she said she was “profoundly sad and heartbroken” to be sharing the news. “Roger was a loving husband to me, his son Zachary, and a loyal friend to many,” she added. “He was also a patriot, profoundly grateful to live in a country that gave him so much opportunity to work hard, to rise — and to give back. During a career that stretched over more than five decades, his work in entertainment, in politics, and in news affected the lives of millions. And so even as we mourn his death we celebrate his life.”

Roger served as the CEO of Fox News from the day the network started in October 1996, until he resigned in July 2016. After various sexual harassment allegations were made against him, most notably from Megyn Kelly and Gretchen Carlson, Roger was forced out of the network, and made a $40 million agreement to exit on his own.

HollywoodLifers, leave your thoughts for Roger’s family and loved ones in the comments section below.