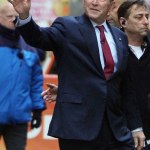 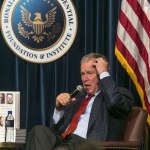 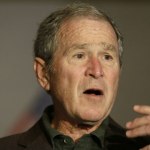 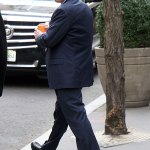 Finally! While tons of ‘Versace: American Crime Story’ casting news has been dropping, we’re still patiently waiting to hear more about ‘Katrina.’ Well, the wait’s over on May 17. Dennis Quaid was chosen to play President George W. Bush! Do you think he was the right choice?

This choice is surprising, but we’re kind of into it! Katrina: American Crime Story finally has its George W. Bush, and it’s none other than Dennis Quaid, 63! The news was announced on May 17. He will be joining Annette Bening as Louisiana governor Kathleen Blanco and Matthew Broderick playing FEMA director Michael Brown. Sarah Paulson is also confirmed to be in the show, but her role has not yet been announced.

So, is Dennis a good fit for President Bush? Let’s see. George is 70 years old while Dennis is 63, but makeup and a wig could make him look a little older. Both men are 6′ 0″ so they’re a dead ringer there. Dennis was born in Houston, Texas, while Bush was the Governor from 1995-2000, before becoming president. All in all, it makes pretty good sense to us! But what do you think? Take our poll to let us know!

HollywoodLifers, do you think that the role of George W. Bush in Katrina: American Crime Story was well cast with Dennis? Let us know!