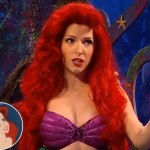 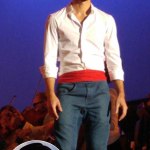 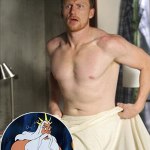 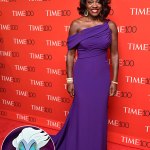 Look at this news — isn’t it neat! ABC has gotten wise to the whole ‘musicals on TV work again’ thing and announced today they’ll be putting on a live production of ‘The Little Mermaid’ this fall. Casting is TBD, so let’s take this moment to decide for ourselves who would be perfect in the roles!

Whether you’re an ‘old’ millennial or a ‘young’ millennial, you grew up loving the blissfully beautiful tale of Ariel in Disney’s The Little Mermaid. It’s an iconic movie, with songs that you still sing when they come up on shuffle and characters you still think about dressing up as for Halloween. So, it should really go without saying that ABC’s announcement at the 2017 Upfronts on May 16th that the network would be putting on a live TV musical production of the classic flick is about the best news you’ve heard all day. Unlike FOX & NBC’s musical productions, ABC is working on a live action/animation hybrid presentation for the two-hour special that will officially re-launch the beloved ‘Wonderful World Of Disney’ franchise in October. Yes!

Now, this all begs some very important questions — who will play Ariel? And Prince Eric? And the most important Disney villain of all time, Ursula?! Well, have no fear — HollywoodLife’s resident musical theater nerd is here for you and I have  a few suggestions that I think ABC should consider … you know, if they would just take my call! Check out my picks in the gallery above; I’ll let you know right now, my choices include a Barden Bella, a former member of New Directions and someone who knows a thing or two of how to get away with murder. Also, Robert Downey Jr.!

Now, if you’re a true Disneyphile, this sort of thing should sound familiar to you.  In June of 2016, the Hollywood Bowl in California put on a similar sounding show live on stage, called ‘Little Mermaid in Concert’. The event brought together incredible musical talents, like Sara Bareilles, Rebel Wilson and Darren Criss, to sing-along with the film with a live orchestra as the movie played on screen for the giant amphitheater.  The event was a wild success, selling out for the three performances and featuring a special surprise performance from the original Ariel herself, Jodi Benson.

But that was then — what about right now?! Who will Disney choose to belt out the Alan Menken and Howard Ashman’s songs from the 1989 film? Will they go for unknowns? Or will they listen to my prayers and go with some of the best names Hollywood has to offer?

HollywoodLifers, let me know what you think of these choices and share some of your own!