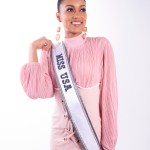 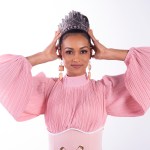 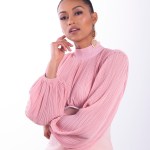 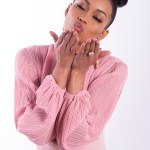 There she is – Miss USA! Kara McCullough took the crown during the 66th edition of the beauty pageant on May 14 after slaying the competition! As Miss District Of Columbia basks in the glory of her win, take a look at some of her best looks.

51 contestants competed in the 2017 Miss USA pageant, but only one would emerge victorious – and that was Kara McCullough. The 25-year-old from the District of Columbia slayed at all parts of contest. She rocked a swimsuit like no other, wore a gown as if she was royalty and gave an interview answer that created quite a stir. She beat out the rest of the Top 10 to win: Meredith Gould, 22, Miss Minnesota, Chhavi Verg, 20, Miss New Jersey; Bayleigh Dayton, 23, Miss Missouri; Allee-Sutton Hethcoat, 25, Miss Tennessee; India Williams, 20, Miss California; Megan Gordon, 23, South Carolina; Hannah Lopa, 25, Miss New York; Whitney Wandland, 25, Miss Illinois; and Alyssa London, 27, Miss Alaska. It ultimately came down to Meredith, Chhavi and Kara, with Miss District Of Columbia winning two years in a row!

She looked absolutely stunning in her swimsuit, capturing the spirit of summer and putting every one of the judges – from Janet Mock, 34, to Halima Aden, 19, to Miss USA 1997 Brook Lee, 46 – in the mood to hit the beach. The temperature was in the mid-80s in Las Vegas, but when Kara stepped out on the stage at the Mandalay Bay Events Center in Sin City, she turned up the heat by a few degrees!

However, what really got some people’s blood boiling wasn’t her outfit, but her answer during the Interview section. When asked if Universal Healthcare was a right or a privilege, Kara — a nuclear scientist working for the government — said healthcare wasn’t a right. That rubbed some people the wrong way, but apparently not the judges. Despite her answer to this question, they decided to give her the crown!

The new Miss USA will have some mighty big shoes to fill. She takes over for Deshauna Barber, 27, the former Miss District of Columbia who won the competition of 2016. As the first active member of the U.S. Military to win the crown, Deshauna has certainly had an exciting reign as Miss USA, according to Bustle. She competed in the Miss Universe pageant, making it to the Top 9. She walked during New York Fashion Week, strutting down the runway for designer Sherri Hill’s show. She also got a promotion, achieving the rank of Captain in the United States Army Reserve. Amazing! She leaves a major legacy for her successor, one that the Kara, the new Miss USA, will work hard to honor as she takes her turn with the crown.

Check out the gallery above to see all the glamorous and gorgeous pics of the new Miss USA, HollywoodLifers. Are you happy she won? Were you hoping someone else would have taken the crown?