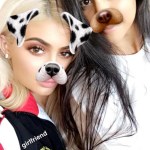 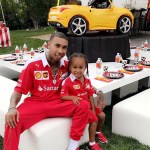 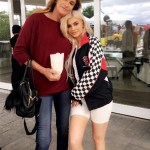 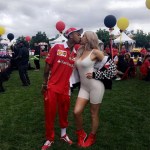 Blac Chyna has been celebrating her birthday with new wheels, but her heart has been breaking over King Cairo’s questions about Tyga, HollywoodLife has EXCLUSIVELY learned! Her young son has reportedly been wishing they’d get back together!

Blac Chyna, 29, got a new set of wheels for her birthday, but she has reportedly been trying to answer King Cairo’s questions about Tyga, 27, all day! “King Cairo’s, 4, with Chyna and he knows it’s her birthday and all he’s asking her is if she and daddy are going to get back together!” a source told HollywoodLife EXCLUSIVELY. Rumors have been flying about Chyna and Tyga, but she doesn’t want to get her son’s hopes up too much. “That’s what he wants and Chyna doesn’t know how exactly to answer her,” the insider said.

Little King Cairo reportedly cannot stop asking his mom about his dad, which is obviously super cute, but definitely has got to be tough on Chyna. “He’s such a precocious kid and if Chyna didn’t know any better, she’d think he was Tyga’s spy,” the insider joked. “He loves the new car and told her daddy has one and asked her to race him.” A car race between mommy and daddy would totally sound like a dream come true for any little boy, but Chyna has still reportedly been trying to process her own feelings.

“He’d really love for this parents to get back together and Chyna knows that. But she doesn’t know what to do,” the source told us. Tyga reportedly has been ready to get back together with his ex and even wants to help raise her daughter Dream Kardashian! “He’s ready to help Chyna raise Dream if that’s what it would take to be with her again. He’s all in,” an insider previously told HollywoodLife.

HollywoodLifers, do you think Chyna and Tyga would ever get back together? Tell us your thoughts in the comments below!