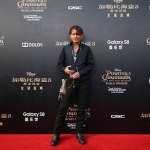 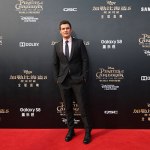 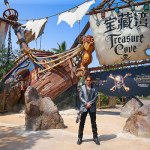 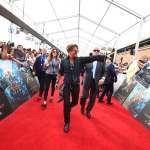 Orlando Bloom attended his first Pirates of the Caribbean premiere in 10 years on May 10, marking a major meeting between himself and co-star Johnny Depp! It’s seriously been a decade since Orlando played Will Turner, and they both looked better than ever on the red carpet. See the premiere pics here!

Who needs a 10-year high school reunion when you can celebrate a decade on the red carpet! Orlando Bloom, 40, didn’t appear in the fourth film, Pirates of the Caribbean: On Stranger Tides, and his fate was unclear at the end of the third movie. His heart was cut out and placed in the Dead Man’s Chest, after all! Of course Johnny Depp, 53, was in the fourth film as Captain Jack Sparrow! Orlando’s back for the fifth, Pirates of the Caribbean: Dead Men Tell No Tales, and hit up the film’s premiere.

Both guys looked great on the premiere red carpet at Shanghai Disney Resort, in China. Orlando looked absolutely thrilled to be back, diving into a sea of adoring fans to sign autographs and pal around with his co-stars. He was decked out in a fresh to death outfit, wearing a slim suit, pink shirt, skinny tie and badass shades. So cool!

Johnny basically went in full Johnny Depp cosplay to the red carpet. He wore his typical duds for the event, rocking a blue patterned vest over a dark blue shirt, paired with black jeans. His accessories game was great, per usual. Johnny topped everything off with black boots, and tons of rings, necklaces, earrings, and bracelets, plus a scarf and chain on his hip. There may have been a little eyeliner involved, as well.

‘Pirates Of The Caribbean 5’: Photos Of ‘Dead Men Tell No Tales’

We wonder how the conversation went between these two on the carpet. They’ve been filming together, so it’s not as if this is the very first time they’ve seen each other in 10 years. But it’s the first carpet, and they’re playing themselves. Must be interesting!

Pirates of the Caribbean: Dead Men Tell No Tales premieres on May 25, 2017 in the United States.

HollywoodLifers, are you excited for the fifth Pirates of the Caribbean movie? Let us know!