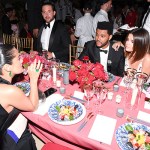 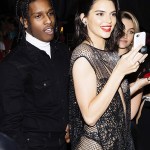 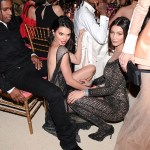 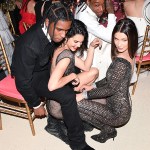 Oh snap! Diddy threw some epic shade at Kylie and Kendall Jenner recently, as he viciously cropped them out of a group pic that was taken at the Met Gala on May 1. And now, fans are saying the Kardashians were victims of the ‘Diddy Crop.’ See it here!

Rihanna must have handed her umbrella off to Diddy, 47, because he recently threw some epic shade at Kylie, 19, and Kendall Jenner, 21. Interestingly, it all would have flown under the radar had it not been for one fan with great detective skills.

Twitter user Essie Michelle was the first to notice that Diddy cropped the sisters out of a picture they all posed for during the Met Gala on May 1. Last week, Kylie posted the photo, which shows her and Kendall posing with Diddy, Jaden Smith, Wiz Khalifa and more guests, but when Diddy posted the SAME picture on May 5, he did so without featuring Kylie and Kendall. He completely eliminated them from the image and captioned it, “#teamlove #blackexcellence.”

Lmfao Diddy with the smooth crop tho pic.twitter.com/wiZGicbOeX

Click here to see more pics from inside the Met Gala!

I think they actually follow Diddy on IG so you know feelings are hurt right now. Not even a Pepsi can fix this… pic.twitter.com/a0j4HXdIAV

Interestingly, Diddy was not cropped out of the photo Kylie and Kim Kardashian posted earlier that night.

HollywoodLifers, should Kylie and Kendall be offended that Diddy cropped them out of his Met Gala pic? Tell us how you feel below!