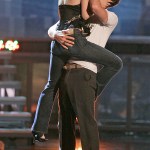 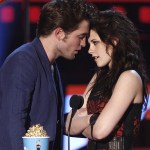 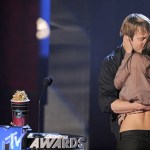 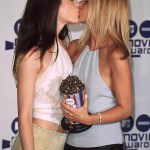 The Best Kiss award has always the best award given out at the MTV Movie Awards. From Rachel McAdams and Ryan Gosling’s epic ‘Notebook’ kiss to years of Robert Pattison and Kristen Stewart almost locking lips, these are the top kiss moments we’ll never forget.

There’s one Best Kiss moment from the MTV Movie Awards, now titled the MTV Movie & TV Awards, that ranks above the rest: Rachel McAdams, 38, and Ryan Gosling’s kiss at the 2005 MTV Movie Awards. The two stars of The Notebook were dating at the time, and they knew that the fans wanted to see them recreate their super hot kiss from the movie.

After they won, they headed up to the stage, and Rachel took off her blazer in preparation. Ryan, 36, made everyone swoon when he motioned for Rachel to come to him. She walked and jumped into his arms, straddling him. They kissed and kissed and kissed. It was beyond sexy. Even after all these years, that kiss will always be the best.

Robert Pattinson, 30, and Kristen Stewart, 27, have definitely tried to give Ryan and Rachel a run for their money, though. When the Twilight couple first won for Best Kiss in 2009, Robsten playfully teased the audience with an almost kiss. Even though they didn’t lock lips, their chemistry was still off-the-charts hot. When they won for The Twilight Saga: New Moon, Rob tried to go in for a kiss, but he was denied by KStew!

RPattz and KStew won again for The Twilight Saga: Eclipse, but Rob decided to switch it up and ran into to the audience to kiss co-star Taylor Lautner, 25! Hot? Absolutely!

Over the years, we’ve actually seen many winners lock lips. Step Up 2: The Streets co-stars Briana Evigan, 30, and Robert Hoffman, 36, shared a hot kiss on stage when they won in 2008. Sarah Michelle Gellar, 40, and Selma Blair, 44, recreated their steamy kiss from Cruel Intentions when the pair won for Best Kiss in 2000. Check out the rest of the Best Kiss moments by looking through our gallery!

HollywoodLifers, which Best Kiss moment is your favorite? Let us know!