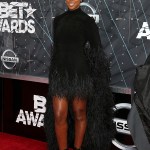 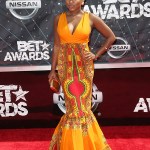 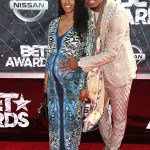 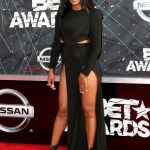 Awkward! Kelly Rowland and Michelle Williams had a lovely Destiny’s Child reunion at the California African American Museum on April 29, when they gave fans an unexpected laugh after posing for a photo together. Keep reading to find out why!

Kelly Rowland, 36, and Michelle Williams, 36, looked breathtaking at the Wearable Art Gala over the weekend with stunning gowns, but all eyes were on something — or someone who wasn’t there. When the ladies posed for a photo and had their hands wrapped around each other’s waists, there was some extra space between them… as if they were making room for someone in the middle. Who may that be? BEYONCE, of course!

The awkward photo led to plenty of uproar on Twitter, including user @KgosiLesedi who wrote, “Muscle memory makes them leave space for Beyonce.”

A number of other fans felt the same way and found humor in the situation.

Beyonce was also in attendance at the event, although she didn’t make it in time for this particular photo. But at least her friends seemed to be willing to give her the space if she wanted it! Before this pic was taken, Destiny’s Child had a full-on reunion with all three ladies in November 2016, when they took part in the Mannequin Challenge.

HollywoodLifers, does the photo of Kelly and Michelle make you LOL too?! Let us know what you think in the comments below!