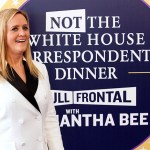 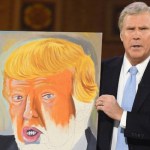 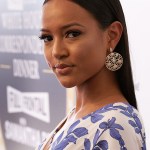 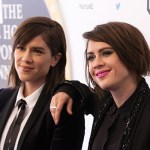 It wouldn’t be a Donald Trump roast without a surprise guest! At the #NotWHCD, Will Ferrell put on his best George W. Bush impression to slam the President as ‘the worst’ POTUS of all time! Many fans are calling it the highlight of the night!

Remember when George W. Bush, 70, was in-office? What a simpler time that was, considering Americans are now stuck with a new, and arguably worse, disaster by the name of Donald Trump, 70. But hey, you don’t need to take our word for it — Bush totally agrees, or at least he did in this Not The Correspondents’ Dinner skit. “For the longest time I was considered the worst president of all time — that has changed,” said Will Ferrell in his best Bush costume on the night of April 29.

There better be video on YouTube tomorrow of Will Ferrell playing George W. Bush tonight at the Not #WHCD2017

Actual LOLs, especially deadpan "How do you like me now!?" Nice work, Will Ferrell and #NotTheWHCD https://t.co/JEgFONuu2u

“I needed eight years, a catastrophic flood, a war built on a lie and an economic disaster. The new guy only needed a hundred days. I come in second, and I’m fine by that. No one remembers second place — I don’t even remember who played the New England Patriots at last year’s Super Bowl.” Honestly though, choosing between Bush and Trump is like picking between the lesser of two evils. One President the launched the war on Iraq, the other wants to defund Planned Parenthood and keeps Muslims out of our country.

If you watched the the 2-hour comedy special hosted by Samantha Bee, we’re pretty sure you can’t even count the number of Trump jokes and insults. And that’s only speaking on ONE event from this evening! Occurring at the same time was the ACTUAL Correspondents’ Dinner, which was hosted by The Daily Show veteran Hasan Minhaj. The TV personality, who comes from an Indian and Muslim family, roasted Trump for using the “N” word, and bashed his anti-immigration laws.

HollywoodLifers, did YOU enjoy tonight’s sketch by Will? Comment below!