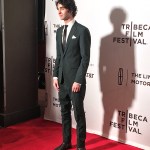 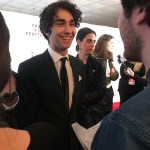 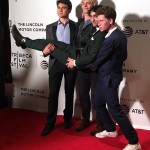 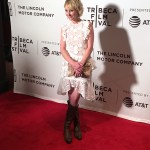 Ross Lynch just took on the role of a lifetime, but when he first got the script, he didn’t even know about the horrifying subject matter. HollywoodLife.com sat down with the actor, 21, and the director of ‘My Friend Dahmer’ to find out about the transformation from Disney to Dahmer.

Jeffrey Dahmer will go down in history as one of the most horrific serial killer of all time, taking the lives of 17 men between 1978 and 1991. However, for Ross Lynch, who was born after Dahmer’s death in 1994, it was just a name of someone he’d never heard of.

“I had no idea. My dad was like, ‘This cool script just came in, it’s about Jeffrey Dahmer.’ I’m like, ‘Who?’” he told HollywoodLife.com exclusively during a press day for My Friend Dahmer, which made its world premiere at Tribeca Film Festival. “He was like, ‘The serial killer, Jeffrey Dahmer.’ Obvisouly it intrigued me right off the bat.”

Director Marc Meyers revealed that actually didn’t surprise him. “I met a lot of people under like 24 that didn’t know the Dahmer story was based on fact — unless you listen to rap, or a Katy Perry song,” he told us, referencing the lyrics of Katy’s “Dark Horse” (“She eats your heart out like Jeffrey Dahmer”).

So in order to get a real feel for Dahmer’s personality, Ross watched an interview Dahmer gave over and over again — and became pretty engrossed in his life. “When you’re playing someone real, you’re trying to get into their head,” Ross told us. “My whole world was consumed by Dahmer; I had this one video that I’d always reference, so it was kind of always around. After filming, it did take me a second to get back into the normal grove of life.”

HollywoodLifers, will you see My Friend Dahmer?