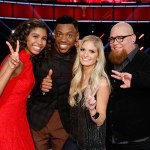 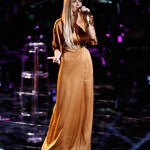 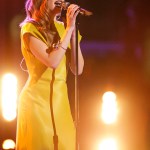 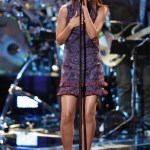 Lauren Duski became a Top 12 finalist on season 12 of ‘The Voice’ on April 19, and during the show, she revealed she’s been getting tips from the show’s season 4 champ, Danielle Bradbery. HollywoodLife.com caught up with Lauren EXCLUSIVELY to get the scoop on their friendship!

Danielle Bradbery, 20, has come a long way from when she won season 4 of The Voice at just 16 years old, and now, she’s helping a current contestant navigate the intense reality show. Season 12 artist, Lauren Duski, 25, met Danielle while they were both working in Nashville, and revealed the 20-year-old has been giving her advice throughout the process of The Voice.

“After my Knockout performance she told me never to stand in my own way,” Lauren tells HollywoodLife.com EXCLUSIVELY. “Because you’re going to want to think about your future and think about the end and the finale, but only think about the present and every performance one at a time. Even at 16, I was so impressed that she knew this in terms of questioning herself and to focus on one step at a time. It has carried on through her career — she has grown into such an incredible artist and human being. It is an honor to be her friend!”

Like Danielle, Lauren is a young, female, country artist on Blake Shelton’s team. Clearly, he’s had success with these kinds of singers in the past — his contestant, Cassadee Pope, won season 3, and he had Meghan Linsey and Emily Ann Roberts as runners-up during seasons 8 and 9.

Lauren proved she has the voters on her side, too — she received the most votes on Team Blake during the Live Playoffs to earn her spot in the Top 12. She’ll perform live again with the other 11 remaining artists on April 24.

HollywoodLifers, do you think Lauren has a shot at winning season 12 of The Voice?