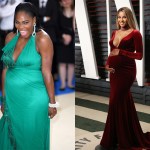 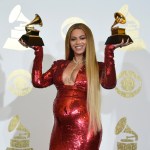 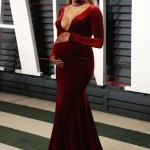 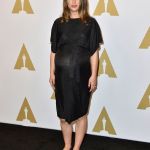 Nikki DeLoach is expanding her family once again! Announcing her 2nd pregnancy with husband Ryan Goodell, the ‘Awkward’ star revealed one of her biggest pregnancy pet peeves — and it’s actually pretty hilarious! Get all the exciting details here!

It’s official! Nikki DeLoach, 37, and her husband Ryan Goodell, 36, are going to be two-time parents! But even better, the Awkward star talked pregnancy along with her The Perfect Catch costar Andrew Walker, and things got adorably, well, awkward, when the two began play arguing over whether or not men actually feel phantom pregnancy symptoms right along with their partners!

“From the moment [Andrew] found out, he was, like, ‘Oh I think I’m nauseous too.’ And I’m, like, ‘What are you doing?! No you’re not!’ ” Nikki told People magazine in a special clip from the Apr. 21 episode of Home & Family. Nikki jokingly explained she was NOT having it when Andrew claimed to feel “sympathy pains” for her once she revealed she was pregnant.

“He’s telling me … he had back pain when his wife had back pain and he felt sick when she felt sick and I was, like, ‘Stop talking … no you didn’t!’ ” Nikki, who tied the knot with Ryan back in 2009 continued. And as it turns out, Andrew’s wife, Cassandra Troy, could not agree with Nikki more!

“My wife and I … she’d be, like, ‘You don’t have the symptoms, Andrew,’ ” laughed the actor, who has a son with Cassandra. “Your feet aren’t swollen. You’re not hungry all the time.’ And I’m, like, ‘But you want ramen, I want ramen too! You want pizza, I have this craving for pizza!’ ”

Nikki got the final word of course though, adding, “That could possibly be true, but as a woman going through it … I didn’t want to hear it.” SO true! But sympathy pains or not, we could not be more thrilled for Nikki, Ryan, AND their three-year-old son William, who’s about to be a big brother! Talk about an exciting time.

Tell us, HollywoodLifers — are you excited for Nikki and Ryan to expand their family? Congratulate the happy couple below!