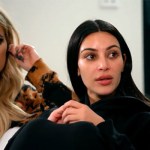 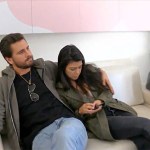 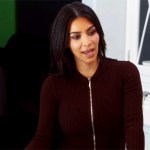 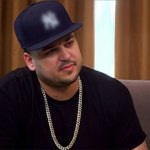 The Kardashian family is definitely keeping up with Caitlyn Jenner’s big ’20/20′ bombshell interview. We’ve got EXCLUSIVE details about how the ladies plan to clap back at it on ‘KUWTK.’

The Kardashian-Jenner family members are glued to their TV’s for Caitlyn Jenner‘s first major interview since transitioning two years ago. She sat down with Diane Sawyer, 71, for a special that aired Apr. 21, just ahead of the release of her new memoir The Secrets Of My Life. Since the book will spill secrets on the 67-year-old’s life with Kris and her daughters, they’re already planning how to get revenge!

“Everyone is at some point going to be filming reactions to the Caitlyn special, it just might not all be this weekend. Since everyone has different shooting schedules and obligations and it also being the weekend,  they are not all going to do it together and in real-time. It will be something taped for a future storyline for the show,” a source tells HollywoodLife.com EXCLUSIVELY.

“They want to film it because they know people want to watch and hear their reactions and what better way to do it than on Keeping Up With the Kardashians.” our insider adds. We already know what Kris’ reaction to the book is because she received an advanced copy.  The momager was seen in a clip for the upcoming KUWTK episode telling her daughters, “I read it and basically the only nice thing she had to say was that I was great socially at a party one time.” Ouch, that’s so brutal! Now they’re all waiting to see if Caitlyn gets savage about the family on 20/20.

Keeping Up With The Kardashians‘ Biggest Bombshell Moments — See Pics

Caitlyn sat down with Diane for 20/20 just under two years ago before she transitioned from being Bruce. It was the final time that “he” gave an interview before debuting her stunning transition on the cover of Vanity Fair in July 2015, wearing a sexy white bustier. We can’t wait to hear what she has to say this time around about what her life has been like ever since!

HollywoodLifers, will you be watching KUWTK to see how they clap back at Caitlyn’s interview?