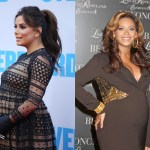 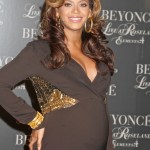 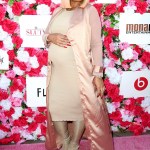 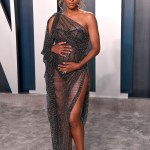 Scott Porter is about to become a two-time dad! The ‘Hart of Dixie’ and ‘Friday Night Lights’ star officially announced on Easter that he & his wife Kelsey are expecting another baby — and we could not be happier for the actor! See the couple’s baby announcement here, and check out Kelsey’s sizable bump!

Another one is on the way! Scott Porter‘s, 37, wife Kelsey Mayfield Porter is pregnant again, and we cannot wait for the pair to welcome their second child into the world later this year! The two are already proud parents to son McCoy Lee, 22 months, and we just knew little McCoy will be an excellent big brother. Talk about an exciting time!

Happy Easter from our growing family.

“Happy Easter from our growing family,” the Friday Night Lights alum captioned an Instagram snap, which he posted on Apr. 16. In the image, the soon-to-be family of four appears dressed in their holiday best, with Kelsey cradling her blossoming belly, and Scott holding McCoy. The entire fam is beaming ear-to-ear in the sweet Easter pic, and we love Kelsey’s off-the-shoulder floral maxi dress!

Scott and his ladylove were married back in April 2013 and welcomed McCoy in May 2015. And while the past couple of years have been filled with happy times for the Porters, they’ve also had their fare share of challenges. In fact, Kelsey found out that she has Huntington’s disease, which is a neurological condition where brain cells break down over time. Her mother also has the scary condition.

“As soon as we found out Kelsey had Huntington’s, she said, ‘I want to have a kid right away,’” Scott told People magazine. at the time. “‘I want to have as much time with our kids as I possibly can before Huntington’s starts to take effect.’” He added, “She was so brave, and she figured out how we could have a child without passing Huntington’s down.”

To ensure McCoy, as well as their impending arrival, will not have Huntington’s, the couple underwent extensive fertility treatments. “Because I have Huntington’s, any child we have has 50/50 chance of having it, so to eliminate that, we did in vitro fertilization,” Kelsey explained. “But we did preimplantation genetic diagnosis, which they test the embryo. They tested all our embryos for Huntington’s and [McCoy] was the first little baby who made it all the way.”

And now, since Huntington’s has been eliminated from both McCoy and baby Porter number two, the two children cannot pass it on to their eventual kids. Right now, Scott and Kelsey are keeping the sex of their second child hush hush, but Scott said in 2015 that they “have four other healthy, strong embryos: two girls and two boys.” So we’re thinking they could be expecting a daughter!

Tell us, HollywoodLifers — are you excited for Scott and Kelsey? Congratulate the happy couple below!