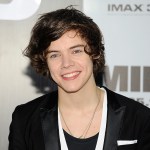 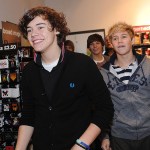 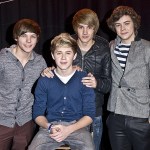 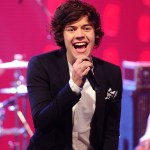 This is the moment we’ve all been waiting for! Harry Styles made his ‘Saturday Night Live’ debut on Apr. 15, and with that came an outstanding performance of the singer’s solo debut single, ‘Sign Of The Times.’ Watch a clip of the show, right here!

Watching Harry Styles, 23, perform on Saturday Night Live was like experiencing Coachella, Christmas, and Thanksgiving all at the same time — it was THAT good! For his first musical gig of the night, the former One Direction singer took the stage with “Sign Of The Times,” his first solo single away from the boy band that dropped on March 30. Harry, as always, looked pretty damn sexy gripping that microphone in a checkered suit with a white button-up shirt underneath. This episode marks the first time the British hunk has played “Sign Of The Times” for an audience, don’t you feel special?

The only bad news is…we’re still going to have to wait awhile for his full-length album to come out. It wouldn’t be so painful if Harry would stop teasing us with sneak peeks — like his album cover for example, which shows the pop star sitting shirtless (possibly naked) in a bathtub running water through his hair and down his nude back. You can even see some of his badass tattoos! Harry did eventually come clean about when his album is coming out, and it’s not until May 12. Sigh…

In the meantime though, at least we can enjoy watching him giggle the night away with host Jimmy Fallon. Technically Harry is considered the musical guest, but it would be foolish if the SNL cast didn’t put him in at least one skit. After all, it’s always been the musician’s dream to do a comedy bit on the show! “Harry is ready to have fun and is looking to make fun of himself — or anyone else for that matter if he’s called upon to be in a skit,” a source told HollywoodLife.com EXCLUSIVELY before his debut. Everything worked out perfectly!

HollywoodLifers, what did you think of Harry’s “Sign Of The Times” performance?

How Megan Fox Has Been Helping Machine Gun Kelly After His Dad’s Heartbreaking Death: He’s ‘Hurting’