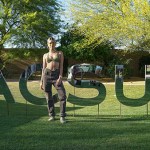 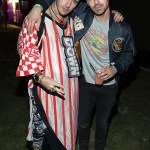 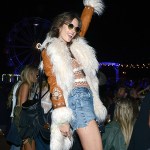 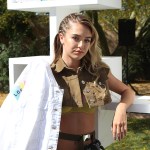 It’s a sister showdown! Kylie Jenner rocked a sexy skintight gold dress on the first day of Coachella on April 14, but we couldn’t help but notice how similar it is to the gown Kim Kardashian wore to the premiere of ‘The Promise’ a few days earlier! Who wore it best?

Kim Kardashian, 36, and Kylie Jenner, 19, are gold goddesses! The sisters both rocked super tight gold dresses recently, so OF COURSE we have to ask: who wore the look best?!

Coachella: See Pics Of The Best Fashion From The Festival

Kim went metallic first on April 13, when she stepped out on the red carpet with Kourtney Kardashian at the premiere for The Promise. She looked like Cleopatra herself, rocking a floor-length body-con gown that had a gold sheen and an interesting, asymmetrical neckline. Her hair was stick-straight in her new bob, and her makeup with subtle with a nude lip and brown smokey eye. Kim classed up her gown with a pair of beige suede sandals, which looked chic and delicate with the curve-hugging dress.

Kylie’s Day 1 Coachella dress was very similar with the same golden shine and skin-tight shape, but it was much shorter and showed off her amazing legs. It also showed the outline of her body, but covered up her cleavage with a high neckline, just like Kim’s. On top of that, her hair is almost identical in a sleek bob. The only difference is that hers is highlighter-yellow rather than their natural black. She also wore a subtle smokey eye with lots of lashes, but kept her lips pink and natural. Kylie paired her dress with a pair of black booties, which made it look a little more casual. So which is better, Kim’s original look, or Kylie’s copycat?

HollywoodLifers, do you think that Kim slayed the golden goddess look, or was Kylie the queen of Coachella? Let us know!