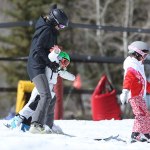 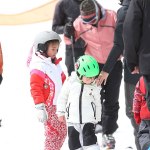 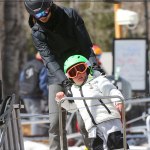 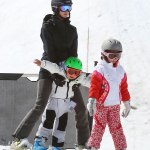 Ivanka Trump just dropped a serious chunk of change on a Passover ski vacation for her family! She flew her family up Whistler, Canada for a luxurious ski holiday that will blow your mind and wait until you see the pic!

Did Ivanka Trump take a page out of Canadian Prime Minister Justin Trudea’s book? She was spotted on a family vacation in Canada for the Passover holiday, according to a photo obtained by Jewish Insider. The 36 year-old mother of three was spotted at the buffet in the Four Seasons Whistler on Monday, April 10. Justin has previously been seen there. Ivanka grabbed some matzoh and cream cheese in her red ski suit that she also wore on her last family ski trip to Aspen last month.

The Trum-Kushner family trip for the Jewish holiday could have quite a hefty price tag. The Four Seasons Whistler offered a Pesach on the Mountain package which runs around $3,995 a person! The hotel has luxuries like an outdoor heated pool, a fire pit for s’mores, and an indoor rock climbing wall. If you do the math, that meant for Ivanka, her husband Jared Kushner, 36, and their three kids to hit the slopes in Canada, it would cost approximately a whooping $20,000! The Secret Service and additional travel expenses for the members of the First Family have not even been taken into account yet.

During #Passover, we are called upon to reflect on the significance of the exodus from Egypt and to celebrate the great freedoms we enjoy today! #ChagPesach

The rest of the Kushner family were not photographed at the hotel. Ivanka did share a photo of the family in celebration of the first night of Passover on Monday. “During Passover,” she wrote, “we are called upon to reflect on the significant of the exodus from Eygpt and to celebrated the great freedoms we enjoy today! #ChagPesach.” The Passover holiday does not end until Tuesday, April 18 at sundown. Could Ivanka and her family stay in Canada for the entire feast? That could get pricy!

HollywoodLifers, what do you think of Ivanka’s Passover vacation? Tell us in the comments below!