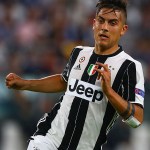 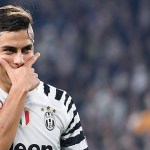 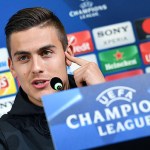 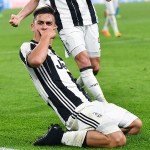 After scoring a pair of goals for Juventus in their April 11 match against Barcelona, many are ready to crown Paulo Dybala the next big soccer superstar! Get to know the young Argentinian who many are saying is the second coming of Lionel Messi.

Is it possible to out “Messi” Lionel Messi? It seems that Paulo Dybala, 23, found a way to do that, who had a phenomenal game when his squad, Juventus, hosted Barcelona for the first leg of the 2017 Champions League quarterfinals. Just seven minutes into the game, Paulo curled a shot into the net to put Juve up 1-0. He scored fifteen minutes later off of a pass by Mario Mandzukic, 30. Juve would win the match, 3-0, putting Barca on the edge of elimination.

It is possible Paulo learned a thing or two from Messi himself, as the two are from the same country. They’re even teammates on the Argentina national team. Talk about keeping your friends close and your soccer rivals closer!

2. However, he could play for two other national teams.

Paulo made his first start for the Argentina national team on Sept. 1, 2016. During the match against Uruguay, he would get sent off after picking up two yellow cards, per The New York Times. It was similar to Messi’s Argentina debut in 2005, as he was given a red card in the 65th minute. Many saw Paulo’s suspension as a sign that he’s following in Lionel’s footsteps.

However, it’s lucky that he decided to play for Argentina. Despite being born in Cordoba, Paulo is eligible to play for Poland and Italy. His grandfather is from Krandsinow and his grandmother is from Naples.

3. His nickname is a real gem.

Though he’s also known as “El pible de la pension,” Paulo’s other nickname – “La Joya” – is easier to say. It also shows how much he’s worth, as La Joya translates to “The Jewel.” After scoring twice against Barcelona, Paulo’s definitely worth all the diamonds in the world.

4. Paulo’s been playing professionally since he was a kid.

Though Paulo’s size and success have people calling him the next Messi, there are some major differences. At age 17, Messi was already playing for Barcelona, but at that age, Paulo was still with Instituto de Cordoba in Argentina’s second tier soccer league. In 2012, after 8 years with the club, he move to Palmero in Italy. He transferred to Juventus in 2015.

5. He’s shaking off the comparisons to his idol.

“People have to know that I am not Messi,” he told Marca before meeting Lionel on the pitch. “I am Dybala and I want to only be Dybala, although I understand that there are comparisons. There’s only one Messi, as there was only one [Diego Maradona, 56]. You can’t replace players like them.”

What do you think about Paulo, HollywoodLifers? Do you think he’s the next big thing in soccer?