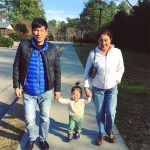 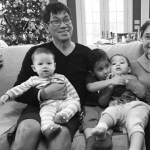 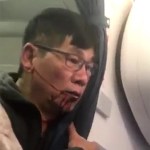 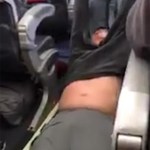 The identity of the elderly man forcibly and brutally removed from a United Airlines flight, just because he didn’t want to give up his seat, has been revealed. He’s Dr. David Dao, a grandfather whose mistreatment has caused outrage all the way in China. Learn more about Dr. Dao here.

1. He is a doctor specializing in internal medicine

Dr. David Dao, 69, was overheard saying that he needed to get home to Louisville, KY, to treat his patients when he was violently pulled off a United Airlines flight in Chicago on April 9. He also practices in Elizabethtown, KY, about 40 miles south of Louisville. Dr. Dao previously worked at Hardin Memorial Hospital and once owned a medical practice.

Dr. Dao allegedly surrendered his medical license to practice medicine in Kentucky in 2005, but it was reinstated in 2015. The medical board apparently did place limitations on his ability to practice medicine. He is only allowed to treat patients at an outpatient facility one day a week. That’s why it was incredibly imperative that he make it back to Louisville to see his patients when United tried to force him off the plane.

2. He’s allegedly a convicted felon who’s served out his sentence

Dr. Dao was allegedly convicted on six felony counts of obtaining drugs by fraud and deceit, and given five years probation in 2005, not that that merits getting violently dragged off a plane 12 years later because he didn’t want to voluntarily give up his seat. He has served out that alleged sentence. That year, he was allegedly charged with 98 felony counts of allegedly illegally prescribing and trafficking painkillers. Prosecutors claimed he illegally filled prescriptions for prescriptions for hydocodone, Oxycontin and Percocet, according to TMZ. He was also allegedly convicted for writing prescriptions and checks to one patient in exchange for sex.

3. Almost everyone in his family is a doctor

Dr. Dao’s wife, Dr. Teresa Dao, 69, is a pediatrician in Louisville. Four of his five children are also doctors. Along with being the father to five children, Dr. Dao is the grandfather to several grandchildren. He is pictured holding hands with one of the little cuties, along with wife Dr. Teresa Dao, above.

5. His mistreatment has created outrage in China

Dr. Dao reportedly said during the violent incident onboard the United flight that he was being targeted because he’s Chinese. Four people were randomly selected to get off the overbooked flight at Chicago O’Hare, including Dr. Dao. When he refused to do so, security got violent, to the point that he was dragged off the plane while bloodied and semi-conscious.

Dr. Dao’s brutal encounter on his United flight has reached the news in China, and by the afternoon of April 11, the hashtag “United forcibly removes passenger from plane” was the most popular topic of Weibo (their equivalent of Twitter). Many users are accusing United of racism, some are calling for a boycott.

HollywoodLifers, did you learn something new about Dr. Dao? Tell us in the comments.