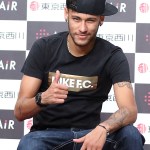 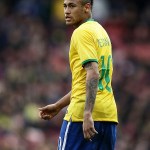 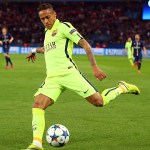 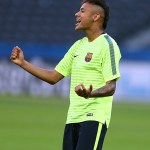 Look what you did, Neymar! One of Barcelona’s top players just got smacked with a huge suspension after making a sarcastic gesture during a game against Malaga. Now, Neymar’s going to miss one of the biggest games in La Liga’s history: El Clasico!

Tchau, Neymar. That’s how they say “Boy, Bye” in Portuguese, as the Brazilian star was handed a devastating three game ban on April 11, according to ESPN. That means he’ll miss Barcelona’s games against Real Sociedad on April 15, against Osasuna on April 26 and –most importantly – the El Clasico against Real Madrid on April 23.

Neymar got this ban following his horrible April 8 game against Malaga. He was given a yellow card for “obstructing a free-kick” when he bent over to tie the laces of his shoes. He was penalized for a second time during a late challenge on Roberto Rosales, and that was that. Two yellow cards in a single game sent him off the pitch.

As he was walking away, he sarcastically clapped at the fourth official. Well, the Royal Spanish Football Federation decided to clap back. Neymar, who received an automatic suspension over those two yellow cards, was given two extra games to sit and think about what he did. So, no Clasico for Neymar.

This is horrible news for Barcelona. With so few weeks left in the 2016-17 season, the Blaugrana can’t afford to be without any of their star players. After all, they’re trailing Real by three points in La Liga’s standings and if they lose (or play to a draw in) El Clasico, it’ll practically doom their chances of winning the league’s championships. The club will appeal the ban, sources tell ESPN FC, in hopes that they can have Neymar join Lionel Messi, 29, and Luiz Suarez, 30, on the front line against Cristiano Ronaldo, 32, and the rest of Los Blancos.

“We have to take a lot of care in these types of games because I think there were ugly challenges from behind which clearly deserved bookings,” Luis Enrique, 46, Barcelona’s manager, said. “[As for] other things such as tying your boots…If we book players for this, we have to book players for everything It’s curious that a team like us that doesn’t usually kick people get so many yellow cards in such an incomprehensible manner.”

Do you think Neymar should be suspended, HollywoodLifers? Do you think Barcelona will successfully appeal the ban or will Neymar be forced to sit out of El Clasico?