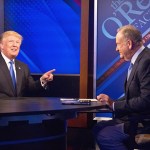 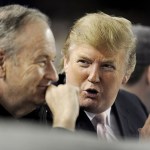 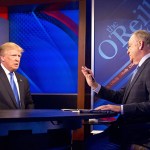 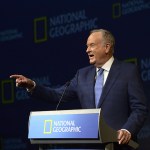 Move over Vladimir Putin, there’s a new BFF in town! Mirroring actual events, Donald Trump stopped by ‘The O’Reilly Factor’ in a hilarious ‘SNL’ skit to support Bill, who has been accused of sexually harassing at least five women. Watch the segment here!

There’s a reason Donald Trump, 70, and Bill O’Reilly get along so well — at least in this Saturday Night Live skit, which is a perfect example of how art imitates real life. Earlier this week, The O’Reilly Factor host came under fire for allegedly sexually harassing at least five different women over the course of his television career from 2002 – 2016.

"I actually see a lot of myself in you…" #SNL pic.twitter.com/D3Zkt2bRpm

His accusers are Rachel Witlieb Bernstein, Andrea Mackris, Rebecca Gomez Diamond, Laurie Dhue, and Juliet Huddy — two of which are former producers from his show. These women also claim they were paid by Bill directly, or by Fox News, to keep their accusations in the dark. When this shocking news broke out, Trump was one of the few people ready to stand up for his friend. The President believes Bill “didn’t do anything wrong.” The former Apprentice host even called Bill “a good person,” which is a huge insult to women around the world.

Enter Saturday Night Live. The cast had NO SHAME in addressing both Trump and Bill’s sexual harassment allegations on April 8. “I actually see a lot of myself in you, Bill,” explains the former business mogul. Gee, we wonder why that is? Could it be because multiple Miss America and Miss Universe pageants also claimed Trump made unwanted sexual advances at them many years ago? Most definitely. “Sexual harassment is near and dear to my hand,” he added. The skit also includes a sexy woman as the lead anchor, who is totally turned off by Bill’s flirty on-air behavior.

HollywoodLifers, how did you react to the Trump and Bill skit? Comment below.