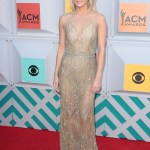 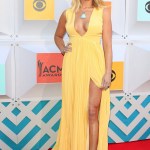 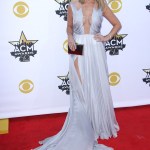 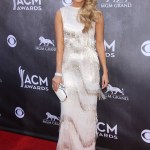 Miranda Lambert is an amazing artist, and she turned her Blake Shelton divorce heartbreak into gold with her album ‘The Weight Of These Wings.’ It even won her Album of the Year at the ACM Awards on April 3! But now it’s time for her to move the heck on.

Don’t get me wrong: Miranda Lambert, 33, is amazing, and she had a really rough year in 2015. She and her husband of four years Blake Shelton, 40, called it quits, and he immediately began dating his fellow The Voice judge Gwen Stefani. That REALLY stings. She dealt with it the best way she knows how: by writing chart-topping music. Much of her 2016 album The Weight of These Wings was devoted to the heartbreak, and I’m sure it was better than any therapy she could have paid for.

Put your hands together for Album of the Year winner, @mirandalambert! 👏 #ACMs pic.twitter.com/e8YGDTSW06

The album was fantastic: very brave and very genuine. It earned her not just Album of the Year at the Academy of Country Music Awards on April 2, but Female Artist of the Year for the 8th year in a row! That’s wildly impressive. She capped off the big win by saying “thank you for letting me use my heartbreak and sharing it with me.” Her writer also said “in a day and age of sound bytes, I just want to thank Miranda for being willing to look deep in her soul and bringing her life into her art, and any young songwriters out there: tell the truth, it’s more interesting.”

While I’m so glad she can stand with her head held high and celebrate coming out of this divorce stronger than ever, I hope this is the final stop on her heartbreak tour. Throughout 2016, Miranda has repeatedly opened up about the ways Blake hurt her, and how she’s dealt with it since. From the Aug. 3, 2016 Billboard interview where she revealed she “had a hard time” after the divorce to telling a crowd in Jan. that “I got divorced so I started drinking a little extra,” I think she’s really said everything she needs to say.

I don’t blame her for putting it all out there — everyone needs a little catharsis after a life trauma. However, her album has gotten it’s accolades, she’s in a loving year-long relationship with Anderson East, and Blake has moved on as well. It’s time for her to find new inspiration, and detach her name from her ex. It only brings both of them down, and could even have a negative impact on her new relationship if Anderson thought she was too hung up on her ex-husband.

Like I said, I’m proud of Miranda for turning the worst time of her life into something beautiful that can inspire others to make it through their hardships too. I just think it’s time for that chapter to end so a beautiful new one can begin!

HollywoodLifers, do you think Miranda should stop talking and writing about Blake? Let us know!