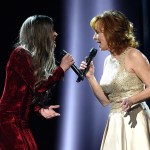 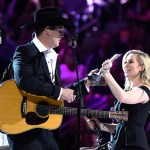 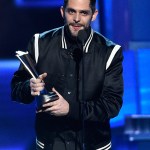 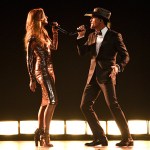 What a loaded field! There was so much talent in the 2017 Entertainer of the Year category at the ACMs, and ultimately it was Jason Aldean who took home the night’s biggest honor. We’ve got all the details on his huge win.

Such a triumph! In a super tight race for the ACMs biggest award of the evening, it was 2016 defending champ Jason Aldean, 40, who took home the trophy for Entertainer of the Year. He was up against Keith Urban, 49, ACMs show host Luke Bryan, 40, Carrie Underwood, 34, and the duo Florida Georgia Line made up of Brian Kelley, 31, and Tyler Hubbard, 30. In a grateful acceptance speech, he praised the other nominees and his beloved fans for helping him win yet again.

All five nominees kicked off the telecast with live performances to show why they were each so worthy of the honor. Jason was up first with “Lights Come On,” while Luke followed up with “Move.” FGL gave some moving bars of “H.O.L.Y.” then tossed it to Carrie who killed it with her smash “Church Bells” and Keith ended things with “Wasted Time.” Oh man, how were Academy voters supposed to select from all of that incredible talent?!

And your Entertainer of the Year at the #ACMs is…@Jason_Aldean 🎉 Congratulations! pic.twitter.com/nVaiBsfo9k

Jason did a 24 city tour with Thomas Rhett, 27, as he promoted his last LP They Don’t Know, and that obviously impressed the Academy, even though Keith and Carrie had been the heavy favorites. They had outstanding 2016’s on the road, supporting their albums Ripcord and Storyteller respectively. They each toured endlessly throughout the year to packed houses, making either of them of them so deserving of the title.

The pair even joined up during Keith’s ACM performance slot to sing their hit duet “The Fighter,” Unfortunately they both came up empty in the 2017 Male and Female Vocalist of the Year categories during the telecast to Thomas Rhett, 27, and Miranda Lambert, 33, and both lost to Jason for the night’s biggest award.

Jason took home the Entertainer of the year title in 2016, while Luke was awarded the honor in 2013 and 2015, so they have a lot of love among the Academy voters. Carrie took home the honor way back in 2009, while Keith has come up empty in the last six times he was nominated in this category.

HollywoodLifers, are you happy that Jason took home the Entertainer of the Year award at the ACMs? Was he the right choice?