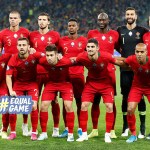 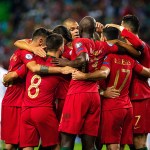 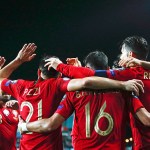 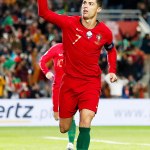 Hell yes! Cristiano Ronaldo is out of his Real Madrid uniform and playing for his native Portugal as they take on Hungary in a World Cup qualifying match on Mar. 25. We’ve got your way to watch all the action go down via live stream when the game kicks off at 3:45pm EST.

Swoon! Anytime is a good time to watch Cristiano Ronaldo in action, and the 32-year-old soccer superstar is leading Portugal against Hungary in their latest World Cup qualifier Mar. 25 at home in Estádio da Luz, Lisbon. They dropped their first qualifier game against Switzerland with a 2-0 loss in Sept. 2016 when they were without Ronaldo’s talents due to a knee injury. Team Portugal then came roaring back with 6-0 victories against Andorra and the Faroe Islands, followed by a 4-1 win against Latvia. Scroll down for all the live stream details on their big game against the Hungarians!

Ronaldo would love nothing more than to bring home 2018 World Cup glory for Portugal, especially after the team won the 2016 European Championship. That same year he also helped Real Madrid bring home the Champions League trophy so he’s really in his prime. He was photographed working out alongside his teammates and running drills in Lisbon on Mar. 22, looking healthy and ready to kick some Hungarian butt!

Hungary has been looking decent so far in their qualifying run, shutting out both Andorra and Latvia 4-0 and 2-0 respectively and tying the Faroe Islands 0-0 in the fall of 2016. Like Portugal, they also fell to the powerful Swiss in a respectable 3-2 loss. After their game Mar. 25, Portugal and Hungary will square off one more time before the playoff round begins when they meet again on Sept. 3, 2017.

You can watch Portugal take on Hungary via live stream at 3:45pm EST Mar. 25 on Fox Sports 2 through your cable provider. CLICK HERE TO WATCH THE GAME.

HollywoodLifers, who are you rooting for in this game, Portugal or Hungary?