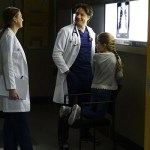 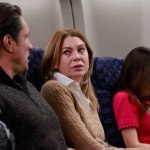 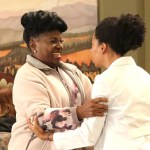 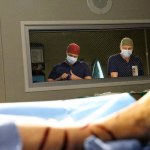 Ooh la la! Could Andrew DeLuca and Jo be heading for a romance on ‘Grey’s Anatomy’? Until recently, she was in a longterm relationship with Alex, but Giacomo Gianniotti told HollywoodLife.com EXCLUSIVELY that relationship may be shifting on the ABC series.

“I think [DeLuca would] like to resolve some sort of relationship with Jo (Camilla Luddington). He likes her a lot and has been through this traumatic experience that has really bonded them. So I think by the end of the season, we’re going to see him try to find out how she feels,” Grey’s Anatomy star Giacomo Gianniotti told HollywoodLife.com EXCLUSIVELY at PaleyFest.

When asked if their relationship will turn romantic, Giacomo added, “I think DeLuca’s hoping so. But I don’t know. She went through this crazy dramatic experience. She was with Alex (Justin Chambers) for a very long time, and to just jump into something new that quickly — I don’t think it’s something that’s very likely, but it could certainly happen. I can understand how Jo would be scared and reluctant to be romantic with any person. But oftentimes, there are traumatic situations, where we lose someone or something, and we get close to these people. We kind of confuse that closeness with intimacy, so it’s sometimes it’s good to take a step back and be like, wait a minute. Are we doing this because we just spent every day together for the past two months or do we really like each other? So I think they’re figuring out all these feelings together.”

As most Grey’s Anatomy fans know, Alex beat up Andrew at the end of Season 12, when he thought Andrew and Jo had hooked up behind his back. As it turns out, Andrew was just helping Jo get home after having a few too many drinks at the bar. Jo and Alex have yet to mend their tattered relationship, so she definitely could move on and start a new romance with Andrew. We’ll just have to tune in to find out!

HollywoodLifers, what do YOU think? Should Andrew and Jo get together? Should Jo and Alex move on and date other people? Tell us how you feel below!