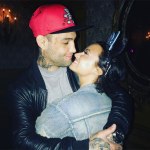 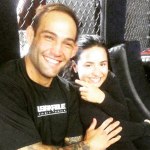 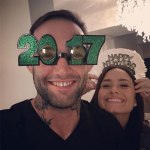 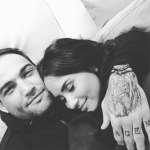 Whatchya got there, Demi?! In a gorgeous snapchat pic from March 16, Demi Lovato can be seen wearing a big diamond band on her ring finger. Could it be a sweet gift from her new man, Guilherme Vasconcelos?!

Are Demi Lovato, 24, and Guilherme Vasconcelos, 30, getting super serious after only a few months of dating!? Fans began buzzing  when Demi flashed a huge diamond ring on Snapchat March 16. Let’s not jump to conclusions, though — remember, selfies on Snapchat aren’t mirrored like regular photos, so this band is actually on her right hand, not an engagement ring like some speculated. Demi’s rep also confirms to HollywoodLife.com that she is NOT engaged.

If you need further proof: Demi’s cross tattoo, which is clearly visible in the pic, is on her right hand, so it looks like this is just another piece of jewelry. However, that’s not to say that Guilherme didn’t gift his girl with the bling — maybe it was a present from him?! After all, on the very same day, the 30-year-old shared an adorable photo of the pair hugging and gazing into each other’s eyes with the caption, “I love you @ddlovato.” Awww!

The relationship between Demi and Guilherme is fairly new — they had a brief fling last summer, but she was fresh out of her six-year relationship with Wilmer Valderrama at the time, and didn’t want anything too serious. In the fall, she was linked to Luke Rockhold, but rekindled with the MMA fighter at some point before the New Year, and now things seem to be going really great between them.

“I’m just having fun, you know? My life is in a really good place right now,” she dished to Entertainment Tonight. “He makes me laugh.” These two are TOO cute for words!

HollywoodLifers, do you think Demi and Guilherme will get engaged? What do you think of her wearing this ring?