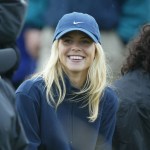 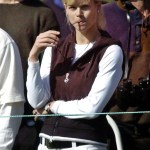 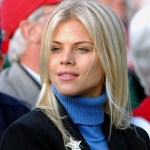 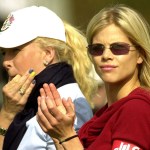 Yikes! Tiger Woods’ ex Elin Nordegren has reportedly started talking to Gavin Rossdale and you have to see her friends are concerned about him already!

Poor Elin Nordengren! The 37 year-old mother of two has only just started talking to Gavin Rossdale, 51, and her friends are reportedly already voicing their opinions about his past. “Elin’s friends are terrified that she’s heading down the same path again by getting close to Gavin,” a source told HollywoodLife.com EXCLUSIVELY.

Allegedly “she’s only just fully healed and managed to move on from Tiger and now they fear she’s jumping straight back into the fire,” the insider said. Elin is a super private person and has mostly kept to herself since her split from Tiger Woods, 41, in August 2010 following a tumultuous cheating scandal. “Gavin’s reputation precedes him, and let’s face it, it’s really not that stellar when it comes to fidelity,” the source told us, “the last thing Elin needs is to get involved with another cheating POS.”

It’s true Elin deserves so much after what she’s been through, but her friends at least reportedly recognize she has to figure things out for herself. “She’s a grown woman and she’ll do exactly as she wishes, so her friends are just holding their breath and hoping for the best right now,” the source said.

While Elin has struggled to overcome Tiger’s cheating past, Gavin had his infidelities come to light while he was married to Gwen Stefani, 47. The Bush rocked got in enormous trouble when found to have had an affair with their family’s nanny and the couple divorced last year. Gavin admits that while a friend said he should talk with Elin because they’d be great together, he seems to be taking things slow after his split. ” These last two years, not to be with anyone, it’s been really healthy for me,” he said and hopefully just “texting” with Elin can slowly lead to something more when they’re both healed.

HollywoodLifers, do you think Elin and Gavin will work out? Tell us in the comments below or take our poll!