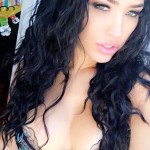 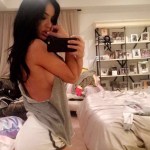 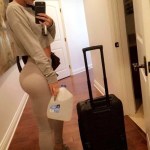 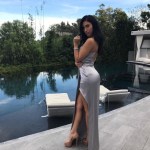 Former Cleveland Browns quarterback Johnny Manziel popped the question to his girlfriend of three months Bre Tiesi so we’ve gathered up the five things you need to know about the model helping Johnny stage a comeback.

Former Heisman trophy winner and ex pro football player Johnny Manziel, 24, just proposed to his girlfriend Bre Tiesi, 25. Although they’ve only been together three months, the two have been inseparable since their Miami holiday in Dec. 2016. “I’m in shock. I couldn’t imagine a day without u. I’m so glad I never have to,” Bre wrote on her Snapchat after saying “yes” to Johnny during a vacation in Paris. After such a short period of time dating before getting engaged, we’ve rounded up everything you need to know about “Johnny Football’s” bride-to-be.

Bre is a model and has 278k followers on Instagram. She frequently shows off her incredible body as well as adorable pictures of herself with Johnny. She’s even been featured as Sports Illustrated‘s “Lovely Lady Of The Day.” Bre has even been compared to actress Megan Fox because of their similar appearances.

2. Charity work is important to Bre.

Besides modeling, Bre still takes the time for charity work. She volunteered on this past Thanksgiving to help give out free meals for the hungry and even invited her followers to join her. She also participated in the Babes For Toyland Charity Toy Drive during the holidays, which required attendees to bring an unwrapped to toy for a child.

3. Bre is helping Johnny make a comeback to the NFL.

Johnny was a quarterback for the Cleveland Browns, but was let go after only two season due to his partying ways. Bre is now helping him try to return to professional footbal and they seem to be having fun doing it. She posted a video of Johnny carrying her and joked, “trying to get babe back on track,” as she laughed.

Obviously as a model Bre needs to keep in shape, but this girl’s workout videos are beyond intense. She definitely has the body to prove how hard she works! We get tired just watching!

5. Bre appeared on the MTV show Wild’n Out.

She appeared on Nick Cannon’s Wild’n Out show on MTV, which features celebrity playing improvisational comedy games. Bre has also been a Corona girl for the Canelo Alvarez vs. Miguel Cotto UFC fight in 2015.

HollywoodLifers, what do you think of Bre? Sound off in the comments below!