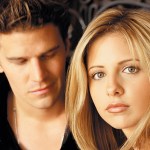 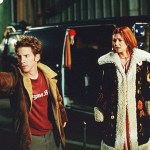 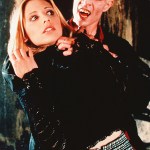 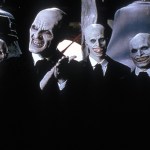 We can’t believe we’re even saying this, but today (March 10, 2017) is the 20-year anniversary of ‘Buffy the Vampire Slayer.’ Two DECADES ago, the best show that ever was premiered on a now deceased network known as The WB, and the rest is history. Anyway, to help you celebrate, we put together a list of the top 20 episodes you should be streaming RIGHT NOW.

Below, you’ll find a list of the BEST Buffy the Vampire Slayer episodes ever — ones you should IMMEDIATELY watch even if you’ve already seen them, because the show is being removed from Netflix come April 1. (We know… we’re weeping too.)

This was one of best episodes of Season 7, when Buffy got therapy from a vampire, Dawn tried to contact her dead mom, and Cassie appeared to Willow with a message from Tara.

Willow tried to erase Tara’s memory, but ended up erasing everyone’s, including her own. So of course, hilarity ensued.

Faith woke up from her coma — need we say more?

The ghosts of a student and teacher who died in a murder-suicide start to possess people at Sunnydale High. And the best part of the episode was when Buffy and Angelus played out the parts — with Buffy as the man and Angelus as the woman.

Someone at Sunndale was planning a massacre and the only reason Buffy knew is because she temporarily gained mind-reading abilities. The episode was delayed, as it was set to air only a few weeks after the shooting at Columbine, and that’s fair. But it’s still worth a watch.

Not a single song played throughout this entire episode. It was creepy, raw and extremely heartbreaking. In a series that was full of monster and vampires, Buffy’s mother’s death ended up being the scariest thing that could have ever happened to her.

When The Gentlemen arrived in Sunnydale, they stole everyone’s voices so they could cut out their victims’ hearts out without any interference. It was a nearly silent episode and one of Joss Whedon’s groundbreaking entries in the series.

Ugh. We had so many feelings during this episode. Angel broke up with Buffy, but returned for one epic dance to the cover of “Wild Horses” by The Sundays. Go play the song and try not to cry. We dare you.

Cordelia wished that Buffy had never moved to Sunnydale, so everyone ended up in an alternate reality where the Master and a large number of vampire had overtaken the town.

Buffy briefly died for the very first time in this finale, and while it was pretty scary, it taught viewers that she was also just like us — a teenager who just wanted to live her life.

In this two-parter, Buffy had a showdown with Faith, Angel drank from Buffy, and the entire graduating class took on Mayor Wilkins with a slew of weapons. It was amazing!

“Restless” was one major dream episode, but it taught us so much. Mainly, we learned a lot about the original slayer and that Buffy had a gift to give — death.

This wasn’t one of Buffy’s best season finales, so it’s hard to call it one of the best series finales ever, but Spike’s final sacrifice, and Buffy sharing her power with every other Potential on Earth left us feeling all sorts of emotions. It definitely gave us the feels!

After a near-death experience, Buffy sought the help of Spike to try and figure out why slayers die in battle. He killed two in his lifetime, so she wanted to know how. The episode served as a good backstory for the character of Spike, but it also helped fans see him as someone worth of Buffy’s love later in the series.

We’re not huge fans of musicals, but Buffy did it really well. The songs were great and there were some pretty impactful moments, like when Buffy told everyone she was in heaven before Willow brought her back to life.

Buffy’s death, which was foreshadowed early on in the series, finally happened in this episode when she sacrificed her life to save her sister, Dawn. It was brutal and devastating, and we wish it never happened.

Buffy lost her virginity to her boyfriend and then found out he wasn’t the guy she thought he was. After experiencing a moment of pure happiness, Angel reverted back to his soulless self — Angelus.

Buffy’s heart may have been broken after Angel lost his soul, but she still mustered up the strength to defeat The Judge… with a bazooka gun.

This episode was super painful. Jenny nearly restored Angel’s soul before he snapped her neck in the high school hallway and left her body on Giles’ bed.

There were a lot of great episodes of Buffy, but none left us as heartbroken as “Becoming” did. Angelus finally got his soul back, but it was too little, too late. Just as he and Buffy reunited, she was forced to stick a sword through his chest and send him directly to hell. This was Buffy as its finest.

HollywoodLifers, what episode is YOUR favorite? Tell us below!