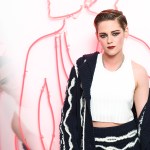 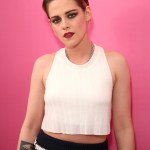 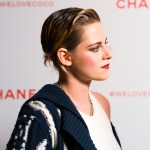 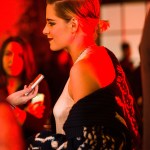 Kristen Stewart’s new look may have shocked you if you haven’t been paying attention in the last couple of days. She debuted her new platinum buzz cut on ‘TODAY’ on March 9 — see why she cut her hair off below!

While chatting with TODAY’s Savannah Guthrie and Willie Geist, Kristen Stewart spoke of her dramatic hair makeover: “I’ve been wanting to do this for a long time for novel’s sake. At some point in your life, you want to be able to do that. The director suggested it and I was like, how did you know? That’s a great idea! I am game… It feels amazing.”

The look is for work, and Kristen actually admitted, “it’s practical.” It’s for the new movie Underwater, which she will start filming soon!

Kristen explained more: “I’m doing a movie in a couple weeks called Underwater and I play a mechanical engineer that’s working on an oil rig that is on the bottom of the ocean floor, so for me, I was like, it’s practical! I mean, I’m not going to be able to have touch ups once I put the helmet on! I must shave my head!”

Along with her platinum buzz cut, Kristen rocked sexy, smokey eyes and a nude lip on the TODAY show.

Well, she is definitely dedicated to her craft! Kristen shaved her head with the help of hairstylist Bridget Brager on March 7, in time for the Personal Shopper premiere in Los Angeles.

We had a source at the after party following the premiere and they told us EXCLUSIVELY that people were disappointed Kristen wasn’t there…but she was!

“Kristen was there ever so briefly, but she made a complete splash. Some people were disappointed that she wasn’t there at first, but little did they know she was there — just obviously bald! Once people figured it out, word spread fast and everyone was talking about it.”

HollywoodLifers, do you love why Kristen Stewart cut her hair? Are you excited to see Underwater?