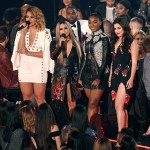 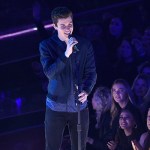 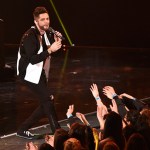 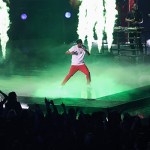 Oh, snap! In a battle of Selena Gomez’s men, her ex, Justin Bieber, won the title of Male Artist of the Year at the 2017 iHeartRadio Music Awards!

It was a battle to the death for the coveted Male Artist of the Year award at the iHeartRadio Music Awards on Sunday night, March 5. Just kidding, it wasn’t even close to a battle at all, really, but since Justin Bieber, 22, and The Weeknd, 27 were up against each other for the title, it was definitely one to watch. And the winner? Justin!

Sadly the award was not announced during the live awards show, likely because neither Justin or The Weeknd (real name Abel Tesfaye) were in attendance. However, when iHeartRadio finally released the full list of winners on their official site, that’s when we found out the results for Male Artist of the Year! It’s a bit of a bummer for Abel, but we’re still super happy for Justin.

Other artists that Justin beat out? His buddy, Drake, 30, as well as Shawn Mendes, 18, and Luke Bryan, 40. Justin also won Best Lyrics for “Love Yourself”, which he co-write with Ed Sheeran, 26, who accepted the award on his behalf. Since Justin had a tour date the very next day, March 6, in Australia, he wasn’t able to join in on the iHeartRadio Music Awards.

Tell us, HollywoodLifers — Do YOU think the right winner was chosen? Let us know why or why not in the comments!