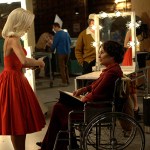 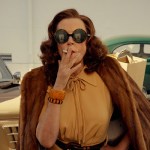 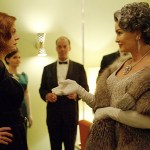 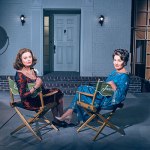 They may have hated each other, but Bette Davis and Joan Crawford had a lot in common — like the fact that in Hollywood, they weren’t getting the roles the deserved. Until they came together.

FEUD began with Joan Crawford (Jessica Lange) at the 1961 Golden Globe Awards, realizing that she was no longer getting lead roles with women like Marilyn Monroe around. She quickly began searching for a project that a woman of her age could actually star in. The scripts available weren’t of interest, so she looked into books — with that, she found What Ever Happened To Baby Jane? So she personally pitched that to director Robert Aldrich (Alfred Molina), and told him she’d make it a hit, and find her co-star: Bette Davis (Susan Sarandon). Joan was desperate for respect from Bette.

At the time, Bette was in a supporting role on stage so she was eager for her next movie, and to get back to Hollywood. Joan hand-delivered the book and pitched it to Bette; Robert called Bette and let her know Joan had the money for the movie to be made, but Bette had the name to draw in an audience. Studios didn’t want to work with Robert after his downward spiral of a career, but he had a last resort: Warner Bros’ president, Jack Warner (Stanley Tucci), who hated Bette and Joan, who had seriously screwed him over through the years.

After Robert reminded him he needed it… and offered him a great deal of money, he agreed. However, the animosity between Joan and Bette was there from the beginning; the day they signed the contract, Joan flipped when finding out Bette was making $600 more a week. Naturally, Robert called it an overlook, so Joan demanded $1,500.

Bette and Joan couldn’t have been more different. The first day of principle photography began with ice cubes to the face for Joan, and a cigarette for Bette. Joan brought everyone on set ties on day one, and naturally a Pepsi machine sat in the corner; in Bette’s eyes, she was sucking up for better lighting.

Joan got that respect she’d always wanted for a moment in the dressing room — Bette told her that when she was good and really tried, she was really good. It was Joan’s first film in three years — and her first take, she killed it. All eyes drifted to Bette though when she came out of the dressing room with extreme hair and makeup… and the wig Joan wore back in her prime.

Could they share the spotlight? That is the question. HollywoodLifers, what did you think of FEUD? Will you keep watching?