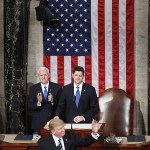 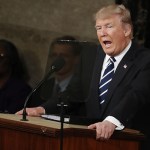 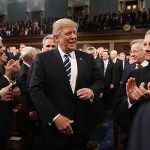 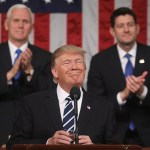 The fight isn’t over! Ahead of Donald Trump’s joint session address to congress, democrats like Nancy Pelosi are peacefully protesting in Washington D.C by wearing white, a color that represents women’s rights. See the empowering photos, right here!

This has got to be the chicest protest we’ve ever seen! With Donald Trump, 70, set to make his address before the joint session of Congress today (Feb. 28), many voters are wearing white as a symbol of protest. Nancy Pelosi, a Democratic leader, was one of the first to share a photo of female Democrats dressed in white dresses, pantsuits, and blazers in Washington D.C. What’s the significance behind the color? It represents women’s rights and how we’ll never stop fighting to receive equal treatment!

Keep your eye out tonight as Democratic #WomenWearWhite in support of women’s rights during the #JointSession! pic.twitter.com/4l4TUc79RQ

Surprisingly, the White House has promised an “optimistic vision” from Donald during his joint session, but you just never know what he’s going to say. This is an opportunity to either make world enemies, or gain political allies. Basically now is the time for the President to concretely explain how he plans to “Make America Great Again.” No more beating around the bush! He will likely mention the repeal of ObamaCare (but provide no alternative plan for health care), the travel ban against immigrants, and the wall to Mexico.

As if that wasn’t cringe-worthy enough, the business mogul’s speech is predicted to be wild and out of control. Why? Because White House senior advisor Stephen Miller will be holding the reigns and overseeing everything. He’s the same guy that wrote Donald’s inauguration speech! The event, taking place at the United States Capitol in the House Chamber, kicks off at 9:00 PM EST TODAY if you’re interested in watching. It’ll definitely be a historical moment for all of us, so we think it’s worth tuning in!

HollywoodLifers, how do you feel about Democrats wearing white to protest Donald? Comment below!