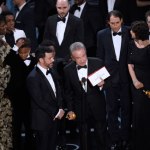 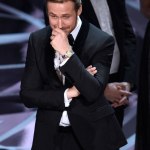 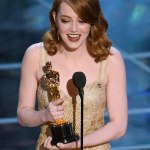 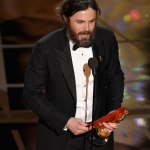 What the H??? ‘La La Land’ was announced as Best Picture of 2017 at the 89th annual Oscars, but it was later revealed that ‘Moonlight’ was the actual winner of the night’s top honor after a shocking mix-up that will be talked about for ages! We’ve got the details.

Oh..my…GOD!!! Moonlight managed to snag Best Picture of 2017 at the 89th annual Academy Awards, upsetting the heavily favored musical La La Land, but it wasn’t without a TON of drama. No one realized it at first, as presenters Warren Beatty and Faye Dunaway announced that the Damien Chazelle‘s song and dance masterpiece was the Best Film of 2017. Halfway through the film’s producers giving their acceptance speech, confusion broke out and it was revealed that Faye read the wrong card and that Moonlight had triumphed! It was a complete madhouse as that film’s cast and producers thought it might have been a joke at first, then eventually made their way onstage to accept the trophy.

Going in to the ceremony, La La Land was only the third film in history to receive 14 Oscar nominations, giving a big indication of how much love there was for the ambitious song and dance filled feature. It already snagged seven Golden Globes, the most of any film at that contest, so it was such a shock that another feature was able to unseat La La Land as the Best Picture of the year. The film already took home Best Director for Damian and Best Actress for Emma Stone at the 2017 Oscars, so it seemed only natural that their film would take the top prize as Best Picture…until it was revealed that Moonlight was the rightful winner.

The coming of age drama of an impoverished and conflicted young teen growing up in Miami took home several big 2017 Oscars honors, including Mahersala Ali‘s Best Supporting Actor win as well as director Barry Jenkins‘ Best Adapted Screenplay victory. So the big win for the movie was backed up by incredible voter love.

Gotta love Gosling. Everyone else in the 'La La Land' crew was all "huh?" but he just smiled and clapped for 'Moonlight.' #Oscars pic.twitter.com/XOTF433gAO

Arrival, Fences, Hacksaw Ridge, Hell or High Water, Hidden Figures, Manchester by the Sea and Lion rounded out the list of Best Picture nominees for 2017, so there were some really incredible movies in the mix. This epic moment of confusion over who was the actual Best Picture winner between Moonlight and La La Land will be discussed for years to come as to how the insane confusion ever could have happened in the night’s most important category.

HollywoodLifers, are you happy that Moonlight won Best Picture? Did you see the film? What did you think about the massive on-air mix up?