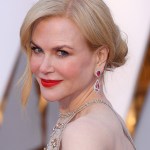 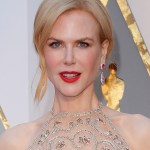 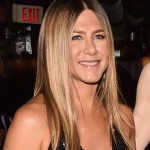 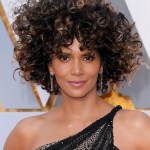 We are NOT worthy of Jennifer Aniston! The actress was announced as a last-minute presenter for the 2017 Oscars, and she totally delivered when she showed up at the ceremony Feb. 26. What do you guys think about her simple straight locks?!

Jennifer Aniston, 47, always knows how to rock an awards show, and she didn’t stray from her usual glammed-up look when she attended this year’s Academy Awards! Jen decided to skip the red carpet, and we didn’t actually catch a glimpse of her until the second half of the ceremony, when cameras panned to her in the crowd during one of Jimmy Kimmel’s hilarious bits.

It wasn’t a much different look than we’re used to seeing from the stunning actress — but, hey, if it works..why fix it, right?! Jen rocked simple, shiny, straight hair with a middle part, and her skin was totally glowing, although she kept her makeup very minimal.

Her makeup was done by Robin Siegel using Armani makeup.

According to the brand, “Robin started by prepping Jennifer’s skin with Prima Smart Moisture Serum to deliver a targeted concentration of moisture to the different areas of her face. She then smoothed her complexion using the new Power Fabric long wear foundation. Robin then applied Giorgio Armani Fluid Sheer in #15 on her cheeks for color and #7 as a highlighter on her cheekbones.” For her eyes, “Robin shaded them with reddish brown shadows to really bring out the blue in her eye color. She then blended the Eyes to Kill Intense in #2 and #6 for some extra depth and texture. Robin slightly smudged her lash line with Eye and Brow Maestro in black using an angled brush. She finished her eyes with several coats of Eccentrico Mascara in black.”

She completed the look with a sequined black dress, and of course, the best accessory of all –– her hunky husband, Justin Theroux, duh!

If you can believe it, Jennifer has actually never been nominated for an Academy Award throughout her illustrious career, but she’s certainly no stranger to the awards ceremony. She’s attended the show several times in the past, and this year, she’ll be presenting once again.

This year, Jennifer starred in the buzzed-about movies Mother’s Day and Office Christmas Party, and in 2017, she’ll be in the film The Yellow Birds. However, she shockingly has no majorly-anticipated performances coming up, so we’ll be patiently waiting for her to book something big in the coming months. What do you guys think she should do next?!

HollywoodLifers, what do you think of Jennifer’s beauty look at the Academy Awards? Were you excited she was added as a presenter for the show?